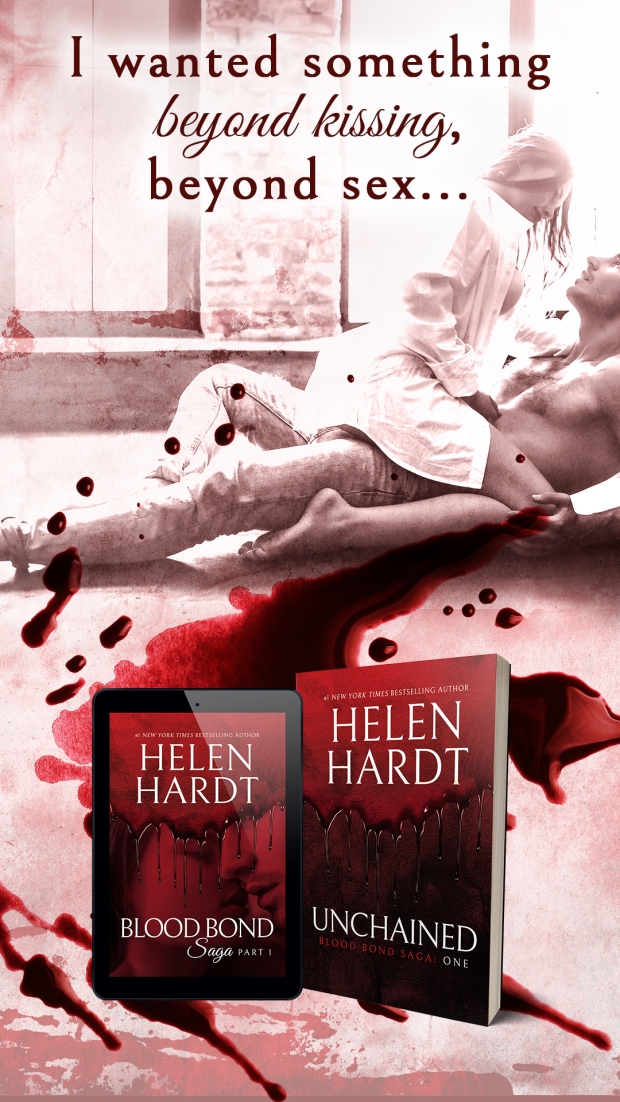 I loved this book for so many reasons. #1-completely different from the rest of Helen’s books #2- wasn’t quite sure what to expect. Oh I definitely knew that it would be a whole new series that takes over my life; and I was 100% correct. Helen dives into the paranormal world of vampires and makes it her own. You won’t be reading anything like you’ve read before. I guarantee that! Helen is unique, truly one of a kind.

I don’t want to really give any plot details away, so I’ll keep this part brief. Just know that you will absolutely see vampires in a new light and you WILL fall in love with Dante! Seriously, he’s mine! He has so much to overcome and one saucy ER nurse is just the person he needs. The rest you have to read to see.

It’s a quick read, so you can just relax for a while and jump into the paranormal world of Helen Hardt! 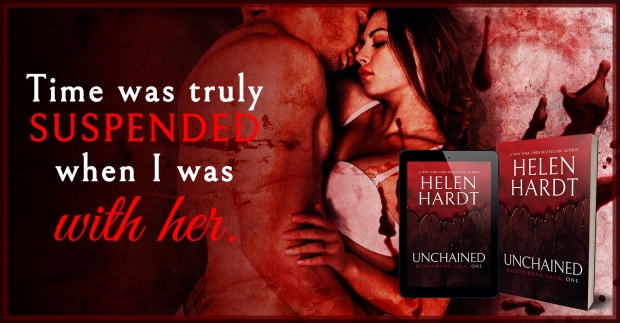 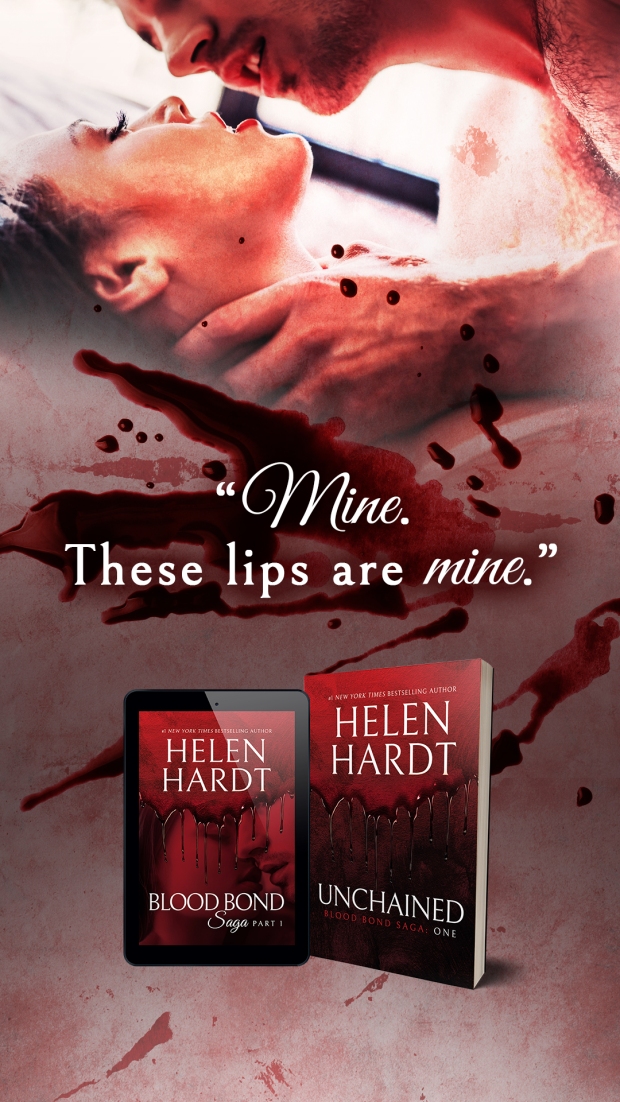 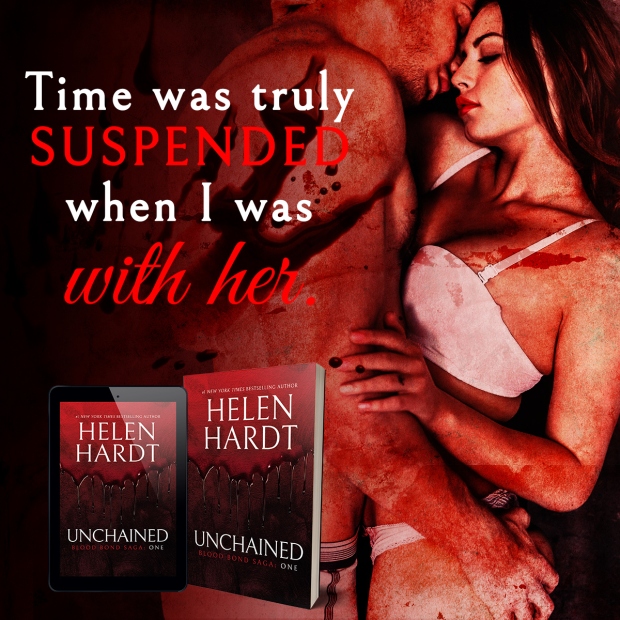 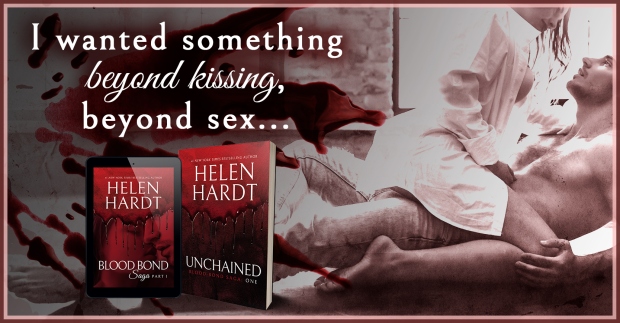 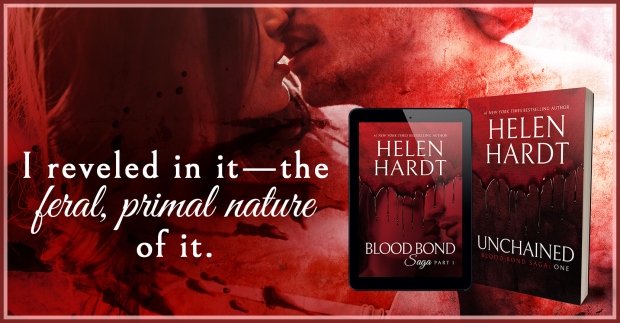 Vampire Dante Gabriel is starving. What he craves is red gold—human blood. After being held captive as a blood slave to a female vampire for years, he has finally escaped. Unchained at last, he follows his nose to the nearest blood bank to sate his hunger.

ER nurse Erin Hamilton expects just another busy night shift…until she finds a gorgeous stranger vandalizing the hospital blood bank. Though her logic tells her to turn him in, she’s pulled by stronger and unfamiliar emotions to protect the man who seems oddly infatuated with her scent. Chemistry sizzles between them, but Dante, plagued by nightmares of his time in captivity, fears he won’t be able to control himself…especially when he discovers a secret she doesn’t even know she’s hiding.

Dante Gabriel is angry. Someone has violated the woman whose scent has left him emotionally paralyzed, and he’s become unhinged. He vows to protect Erin Hamilton—mostly from himself.

Erin has other ideas. She’s determined to figure out the strange man who keeps leaving her aroused and unsatisfied. When she pushes Dante for answers, he goes looking for them himself. What he uncovers could put Erin in mortal danger, with him as her only salvation.

Now that Dante Gabriel recognizes the blood bond Erin Hamilton has formed with him, he has unwound a little. Still, he must find a way to convince her that she must complete the bond for both their sakes. Vampires are rapidly dying out, and humans have long considered them nothing more than a myth. How can he make her understand?

Erin has fallen in love with Dante, but she’s still confused and angered by his behavior. To keep her mind occupied, she immerses herself in a mystery that has evolved at work. Patients have been disappearing from the hospital, and Erin begins to wonder if one of the ER doctors might be involved.

Vampires are real. That fact has Erin Hamilton thinking she’s headed for crazy town. Still, she can’t deny the intense emotion she experiences when Dante Gabriel sinks his teeth into her neck to take her blood. She’s in love, and her body responds to his bite in a way she never could have imagined.

Once Dante tastes Erin’s blood, he’s addicted forever and cannot live without it. He’s heartbroken when she demands that he leave and never return. But neither can live without the other now, which puts them both at risk.

Once bonded, never broken. The words give Dante Gabriel hope…until he remembers where he first heard them. The information he needs is hidden in the ancient Vampyre Texts, but he encounters obstacle after obstacle while trying to decipher them, even when someone from his past returns to help.

Though she tries, Erin Hamilton can’t resist Dante. When he comes for her, she always submits willingly, despite her best intentions. She loves him but still can’t bring herself to accept him as vampire…even as other vampires, lured by her arousing scent, begin to close in on her.

#1 New York Times and USA Today Bestselling author Helen Hardt’s passion for the written word began with the books her mother read to her at bedtime. She wrote her first story at age six and hasn’t stopped since. In addition to being an award winning author of contemporary and historical romance and erotica, she’s a mother, a black belt in Taekwondo, a grammar geek, an appreciator of fine red wine, and a lover of Ben and Jerry’s ice cream. She writes from her home in Colorado, where she lives with her family. Helen loves to hear from readers.