To celebrate Valentine’s Day, the day of LOVE, Bookalicious Babes Blog asked a few of its favorite authors to compose love letters from the book heroes we LOVE. Prepare to SWOON at these smoldering and sweet love letters, and fall in love all over again with your beloved romance book heroes and heroines.

An intense, sexy stand-alone romance in the FIGHT FOR ME series from NYT & USA Today Bestselling Author A.L. Jackson . . .

Dr. Kale Bryant is gorgeous, compelling, and married to his job. The only thing he has time for are one-night stands and short-lived flings.

Until the first time he sees Harley Hope Masterson sitting across the room. He wants her in a way he hasn’t wanted anyone.

Harley Hope doesn’t have time for another complication – one arrogantly beautiful doctor included.

When he begins to pursue her, her walls begin to crumble.

One touch is fire.

One kiss, and they’re spinning out of control.

But taking this single-mom won’t come without consequences. Especially when he finds out he’s her son’s doctor.

Now Kale must decide if loving her is worth risking it all.

But sometimes even hope needs a hero . . . 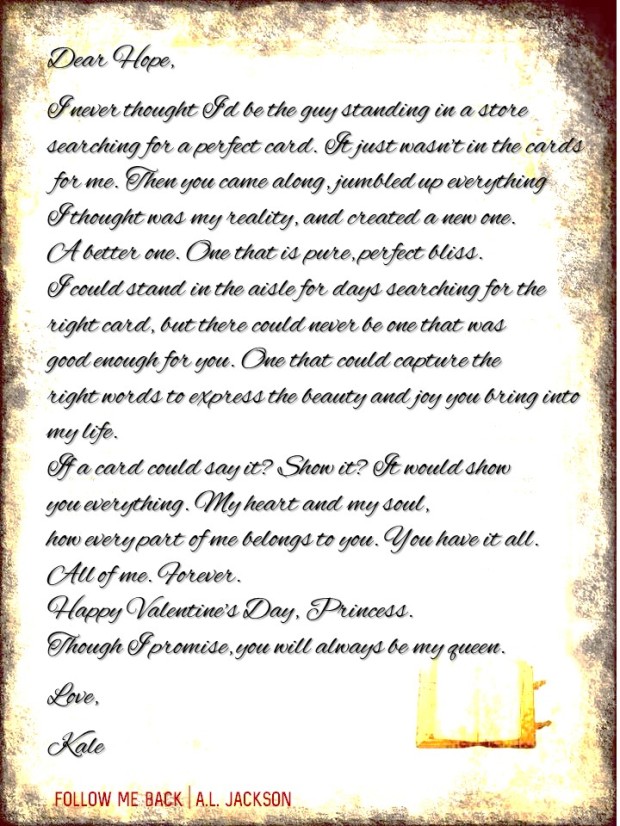 That’s what they call me. My label ate it up until I became “too bad” for the good folks of country music. That’s when Hard Candy Records picked me up and took a chance on me. Probably not their smartest move, but I won’t tell them that. Especially when they’ve assigned me a babysitter to try and keep my ass out of trouble. One smart-mouthed, unimpressed, sexy as homegrown sin, Addy Mae Masterson.

I may have a past that haunts me and she may have a habit of getting attached, but damn if I don’t want to show her just how good this bad boy can be.

My name is Savannah Miller.

My father is the mayor of New York. One day after my twenty-seventh birthday I was grabbed from behind. A cloth sack was quickly pulled over my head, and I was taken from everything I’d ever known.

I was beaten, starved, treated like an animal, and forced to live in a room with no windows. With no sense of time and no dignity left I finally gave up hope and made a promise to myself to end it all. Unfortunately, it was going to be a slow process.

Then one night an elite group of US Army soldiers came to my rescue. I was brought to a safe house and given two options:

One—Stay under their protection and follow their rules or…
Two—Leave and be guaranteed to be returned to the savages within a week.

I chose option one.

As I work with a therapist and begin processing my hellish ordeal things slowly begin to surface. With the help of new friends and a potential new love I fight to get my life back and make choices that will forever alter my future.

This is my story… 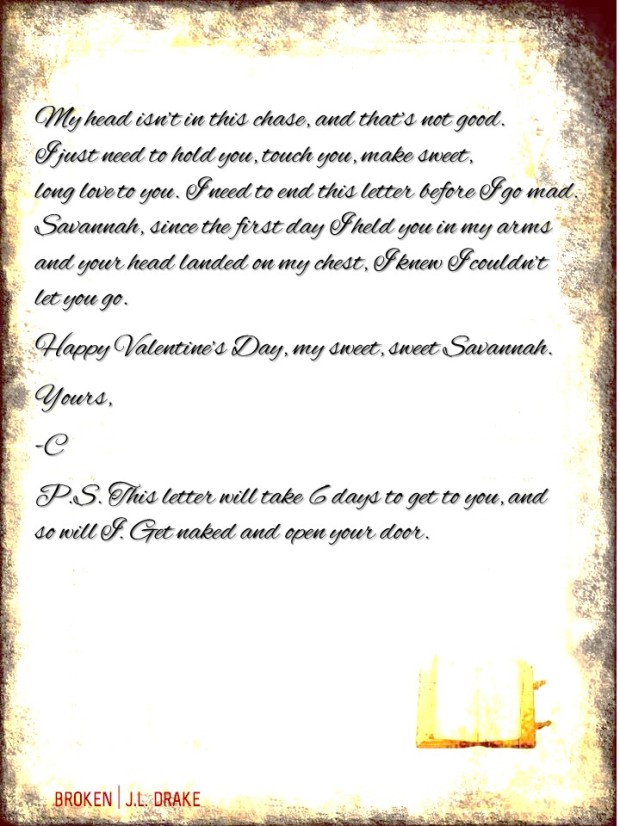 He deserves heartbreak. That’s just what I’ll give him.
Christopher Manners has stole my heart one too many times. His promise of acceptance of my lifestyle has always ended in heartbreak until two years ago when I finally had enough. Now he’s back with the same old words he’s used so many times in the past. He says he’s changed, but I know him. Christopher Manners doesn’t change his ways for anyone. Unfortunately, my body reacts to him in ways my mind refuses to. He’s relentless and now I’m out for revenge. I just need to remember to keep my heart out of it so I don’t end up hurt in the end.

I’m in love with a girl that hates me…
Years ago I met a girl and she stole my heart.
Then, I stupidly crushed hers…over and over again.
It’s been years since I’ve touched her, but I haven’t stopped thinking about her. I’ve been giving her time. I love Bex Houston, and though she claims she hates me, her eyes tell a different story. She needs to leave the past in the past and realize I’m not the same boy she grew up with.
I know Bex needs variety, but if it means I can call her mine I’m willing to share. It may not be ideal for most people, but I’ve lived without her for too long.
I’m willing to do anything to get my girl.

My life is a hot mess.

Single, working, and raising two daughters, it’s a miracle I get us up, dressed, and fed every morning. Forget about dating—nobody’s got time for that. Even if love hadn’t left me jaded, I’m not settling for anything less than perfect this time around.

Lucky for me, the perfect man just happens to work in my office. But there’s just one small problem: he’s my boss, and is totally off limits. But hey, if it’s meant to be, it’ll find a way, right?

Then a night out with friends turns into a night in with the walking-talking bad boy cliche of a bartender. It’s just one night. No harm, no foul, right?

Except when the hot bartender turns out to be my boss’s trouble-making brother, who wants more than just one night with me. The more I resist the spark between us, the more I find myself wanting him too. Which puts me in the middle of what could be the biggest sibling rivalry of the century.

Well, love is even messier.

TOBY
Spending the entire summer with my father wasn’t in my plans. I hated him. I was angry and resentful, and it made me feel out of control.

Until I met her.

Casey is carefree. She lives life to the fullest, without regrets, and to a guy like me, she was hope. We only had the summer, and I knew better than to get wrapped up with her, but I couldn’t help it.

CASEY
I’d never been in love. At fifteen, my life was filled with books and family expectations. Love was not something I had time for.

And then, he saved me.

Toby is a boy from California, so you would think he’d be easygoing, but he isn’t. He’s the definition of self-control; everything has to be “just so.”

But when we’re together, living each day with reckless abandon, I realize that life is so much more than fairytales within the pages.

I’m pretty sure he’s my soulmate. But what good can possibly come from falling so hard when you’re this young? How can this ever work?

A promise. That’s all we have to hold on to. One. Simple. Promise.

Briggs Layton is the underdog, it’s been that way since birth, but coming in four minutes behind his superior brother, Beck, has never bothered him. Briggs being burned, literally and figuratively by Beck is a different story. With a failed almost marriage, a sick mother, and a party-boy brother, Briggs goes through life in a bit of a haze. Work, home, and taking notes about everything he observes takes up all his time. Until he sees her.

Harriet Wolfe is homeless, carless, loveless, and alone. And all in one week. What else is a girl to do when Karma kicks her down again? She starts over. With a couple of bags, a scrap of paper reminding her what to do, and one single friend across the country, Harriet gets on a bus and doesn’t look back. A fresh start, far away from her former life is just what she needs. She quickly acclimates and makes a family of her own, but one notebook and a dark cloud from her old life threaten to tear it all apart. 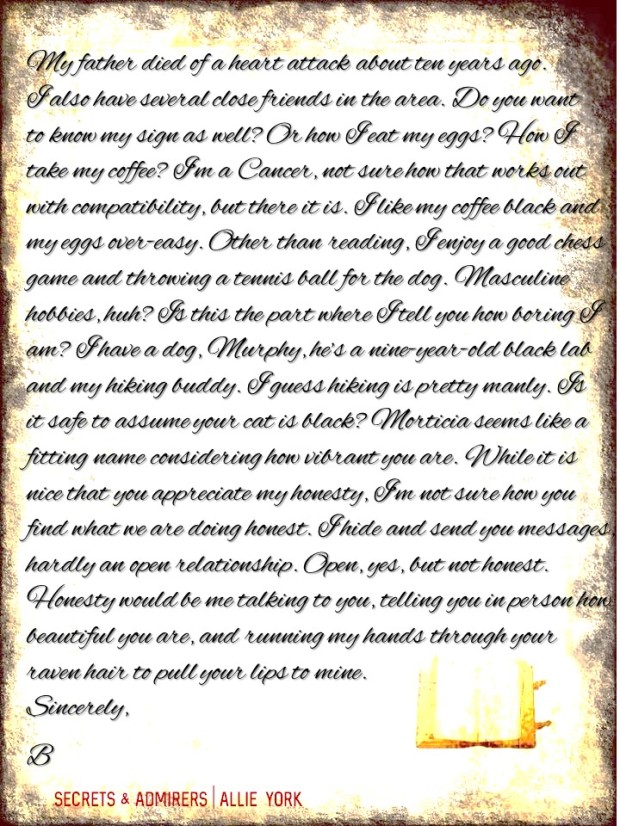 Things change. Sometimes not for the better.

Xavier is no longer the maid’s son. Or my best friend. Now he’s wealthy and powerful–the dark don, in charge of one of the largest corporations in the world.

I never expected the boy who always saved me to be the man who kidnaps me.

Rhiannon is still as fiery and beautiful as the day I walked away. Now I’m back, ready to seek vengeance against the one man who wronged me. My rival. Her father.

If her father wants war, he’ll get a war.

Kidnapping his daughter is the key to my ultimate revenge.

A high-intensity personal trainer
The secret to Brooks’ success as a Manhattan gym owner? Being motivated to disprove everyone who doubted him long ago. He’s not about to let a perky newcomer like Izzy tarnish his reputation. Even if watching her lead a salsa class on his premises is fuel for some very unprofessional fantasies . . .

His beautiful British rival
Every time Izzy slams Brooks in her fitness blog, her book sales soar. But when their escalating media feud forces them to be up-close-and-personal for two weeks, she realizes there’s much more to Brooks than that incredible body.

And a competition that’s got their hearts racing…
Soon Izzy and Brooks are finding all kinds of creative ways to work up a sweat. A passionate workout is easy, but can their rivalry give way to a lasting partnership? 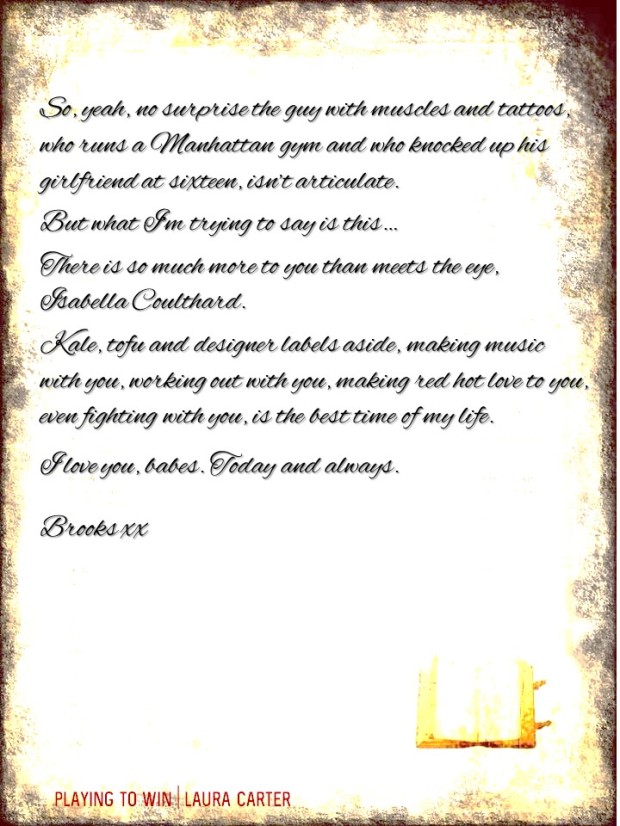 The root of all madness is an unbearable truth…

At seventeen, Willow Holloway’s life was torn apart. The happy, driven girl is gone, and she is left wracked by post-traumatic stress her body remembers even if she does not. When her father suddenly uproots the family from their posh penthouse in New York City to the tiny town of Harmony, Indiana, Willow becomes more untethered and lost under the weight of her secret. On a whim, she auditions for a part in the community theater’s production of Hamlet and unexpectedly wins the role of Ophelia—the girl who is undone by madness, and her love of Hamlet…

Isaac Pierce is from the ‘wrong side of the tracks.’ The town bad boy. Girls pine for his attention and guys are in awe of him. That he’s an acting prodigy only adds to his charisma. Isaac utterly disappears into his characters; the stage is the only place he feels safe from his own traumatic home life. He wants nothing more than to escape to Broadway or Hollywood, and leave Harmony behind for good.

No one can play Hamlet but Isaac, and when the director pairs him with Willow in acting class, they clash again and again—neither willing to open their hearts to anyone. But clashing leads to breaking, breaking leads to the spilling of terrible secrets, and soon Isaac and Willow find Shakespeare’s words mirroring their lives. When they are cruelly torn apart, neither know how this play will end—with madness and heartache? Or healing, love, and the discovery of who they are truly meant to be.

6 thoughts on “Love Letters from Our Romance Book Heroes”