My goodness! Keeping Dominic is one incredible read. It’s angsty, romantic… steamy and so so sexy. It is the perfect coming of age story. Dominic Torres and Brooke Caldwell’s tale of best friends to lovers is weaved with laughter, tears, miscommunications and a love deeply rooted in a friendship that as withstood the peaks and valleys of young first love.

It doesn’t hurt that Dominic is not only this dark haired, beautiful guy with a terrific body. He also is talented, devoted and so fiercely loyal to Brooke. He supports her unconditionally and loved her almost immediately. When Brooke makes the decision to keep their relationship completely platonic, he manages to hide his feelings… until he simply can’t. Brooke may not have suspected what his true feelings for her were, she had to have some inkling of an idea. One moment between them changes everything and nothing is the same afterwards.

There were moments in this book that were simply painful and heartbreaking. There were moments that I wanted to scream and throttle these two. They put my heart through the craziest emotion filled roller coaster ride and almost caused me to throw my brand new kindle across the room. Their connection is so solid and the chemistry and steam between these two is something amazing. Talk about an alpha? Dominic has it all in spades!

Alyson wrote a story that tackles some tough issues and demonstrates her growing talent of taking us into a story filled with what every romance reader wants – to be enthralled with the characters from beginning to end and leave us sighing, smiling and desperate to have more. Best friends to lovers doesn’t get any better than this! Truly fantastic, Alyson! Well done!

No one finds their soulmate at first glance.

Dominic Torres did though. From the second he saw his best friend’s little sister, he knew she was the one for him. Fast forward three years and now she’s his best friend and she has him firmly in the friend zone. He’s convinced he’ll never have the college romance his parents had.

Until the day it almost happened.

Brooke Caldwell’s life fell apart two days after her tall, dark and handsome best friend almost kissed her. A split second of hesitation made her question her entire relationship with her best friend. You wouldn’t think that a kiss that didn’t even happen would make her question her feelings as much as it did. But all of Brooke’s friends had said he had a thing for her.

Unrequited love or a figment of her imagination?

When an argument gets out of hand, Brooke and Dom hit a breaking point that has both of them scrambling into new relationships. Even pissed off and broken, neither of them can ignore the other for long. From best friends to lovers, one night could change everything. 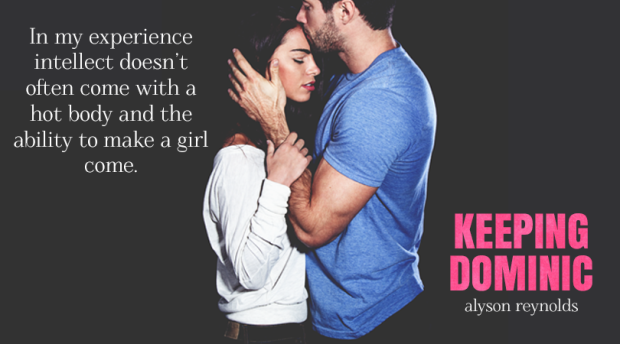 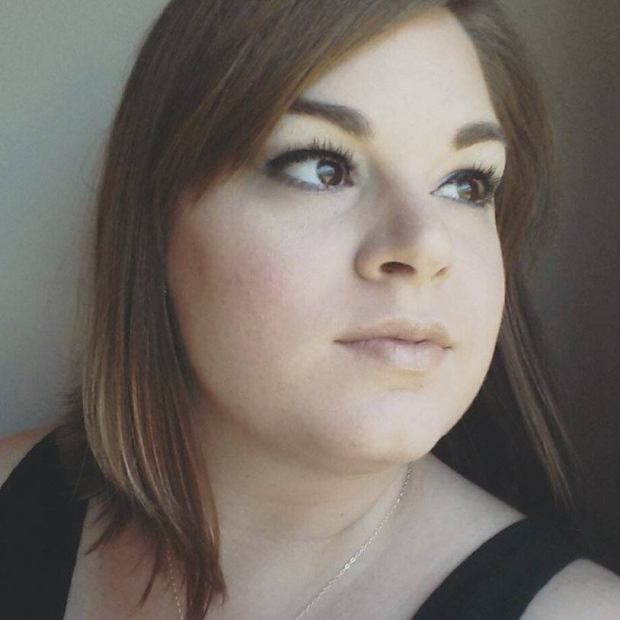 Originally from the south, Alyson likes to incorporate what she knows into her books. She’s lived not only on the east coast, but the west coast and a few places in between. Alyson loves sharing stories about her crazy family to anyone who will listen. Her guilty pleasures consist of coffee, country music, brunch, breaking the rules, and pedicures. And she will always be a daddy’s girl.

When Alyson isn’t chasing around her two kiddos, she’s normally writing. Or reading. Her Kindle library is out of control. Alyson writes mainly contemporary novels and novellas with a bit of new adult mixed in.