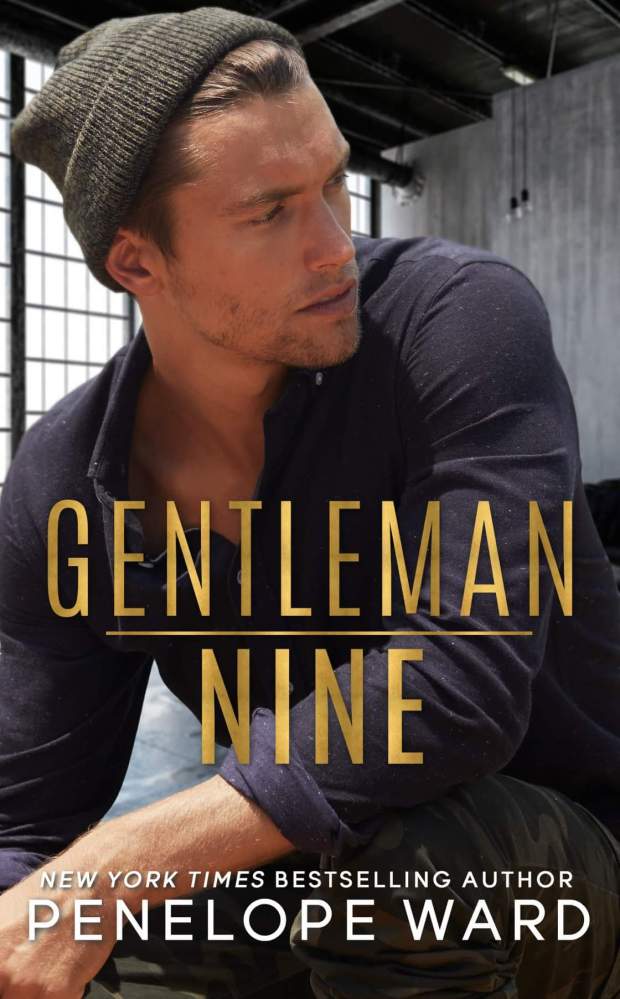 Penelope Ward does it again with another breathtaking novel of lost love and second chances!

From the very beginning of this novel I was swept off my feet with an instant, believable connection that built slowly and so intensely. Channing and Amber are such an amazing couple, Penelope has a way of weaving her characters together so seamlessly and effortlessly. Nothing ever feels forced or rushed and it makes me appreciate her stories and characters so much more.

I would say this book was one of Penelope’s lighter books, as in not as angsty as some of her previous ones, but I still gobbled up every word and loved every second of it. I loved that Amber and Channing had a comedic value to their banter. My grin at times actually hurt my face but I was so invested in the happiness and ease of these characters that I didn’t care. The swoon was off the charts in Gentleman Nine.. I think a few times, my butterflies got butterflies! No joke!

The overall set up of this novel is actually genius in the way that despite us getting a larger insight into this book from the blurb, Penelope manages to throw in curveballs and never once did I find it predictable or obvious. Once I started I was all in and that’s from the pure beauty of Penelope’s writing skills.

Gentleman Nine is a best seller for a reason. It’s a killer book! One I’m so, so happy I read!

Growing up, the three of us were friends.
He was the nerd.
I was the playboy.
She was the beauty.

Deep down, I only ever wanted her. I kept it inside because Rory and I made a pact that our friend, Amber, was off-limits.

I went off to college, and he got the girl.
Amber never knew how I felt.
They were together for years—before he broke her heart.

Through it all and across the miles, she and I casually stayed in touch.
When my job sent me to Boston for a three-month contract position, Amber let me stay in her spare room.

Still reeling from her breakup, she’d sworn off men.
One night, I opened her computer to find the shock of my life. She’d hesitantly contacted a male escort company. Afraid to date and get her heart broken again, she was looking for sex with no strings.
Every emotion imaginable ran through me: protectiveness, jealousy—curiosity.
Amber had chosen Gentleman Number Nine and sent him a message.
She opened up to him, confessing, among other things, her physical attraction to her friend—me. But she considered me off-limits—and she thought I was a manwhore. (Ironic, considering the circumstances.)

Eventually, she set up a date to meet Gentleman Nine at a hotel.
When she showed up several nights later to meet him, she was stunned to see me standing there—with an offer I hoped she wouldn’t refuse.