Another Titan book that knocks your socks off.  It’s gritty,  raw,  emotional, action packed, and a scorcher. Cristin once again proves why she is  one of the best with special ops books.
They are an unlikely pair who seem to want to claw each other’s eyes out,  (well Seven does more than Jax). She the MC princess trying to keep the club free of the drug trade. He is a special ops soldier meant to do what needs to be done.
The two get thrust together when things go bad with the MC and cartel. They have to rely on each other if  they or the kids are going to make it out of this alive. A definite must read even if you haven’t read any other Titan books. Can be a standalone. 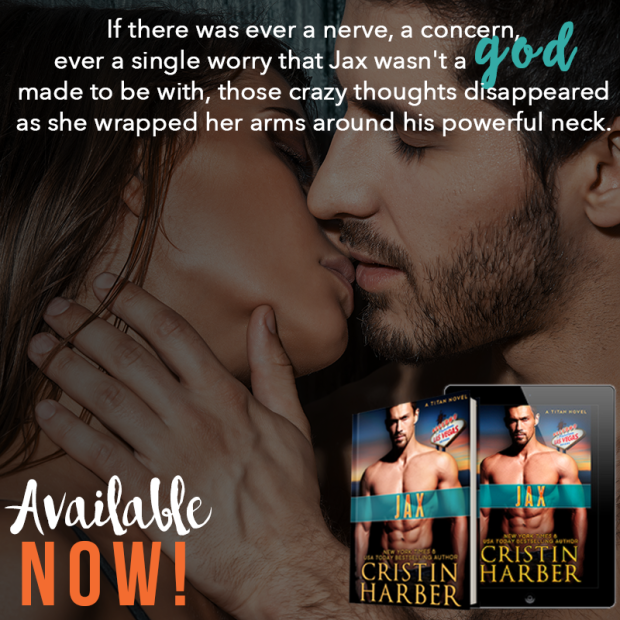 Seven is an enigma. A motorcycle club princess. The daughter of a notorious gangster. The best friend of the deputy mayor. A coffee shop owner. The single mom of two young, adopted children. She’s colorful, in every way possible—from her attitude to her piercings and bright pink hair—and she’s a woman on a mission with the power to help broker a clean break between a powerful motorcycle club and a South American drug cartel. But not all players are ready for the game to change, including the ones she can’t see like the CIA.

Jax Michaelson has a bad attitude and a good shot. The former Navy SEAL has been on Titan’s problem list for running his mouth since the day he showed up for work, but he does a hell of a job, and they’d never let him go. Call him cocky, that’s fine, because then you’d have to admit he’s the best at anything and everything—except diplomacy.

When Titan is forced into the seedy drug world filled with cartel glitz and Harley-riding MCs, Seven and her family become an unexpected bargaining chip right after she and Jax find a way to stand each other—in bed.

Will friends become lovers? Or are they too far gone to be opposites that attract? Is Jax nothing but a bad boy who leaves her hoping for a military hero when the burden of living as Mayhem royalty backfires and her children disappear.

JAX is a standalone romantic suspense novel by New York Times bestselling author Cristin Harber. It features characters from the Titan, Delta, and Only series, but readers do not have to have read those books to enjoy this one. There’s a guaranteed happily ever after and no cliffhanger! Enjoy!

Get your hands on JAX now: