This was unbelievably hot. This was one of the sexiest reads I have had my hands on this year. One thing is for sure….

I will never look at the Prime Minister the same way again. If Gavin is running the country, I’m ready – MORE THAN READY – to move me and all my worldly possessions to Canada. This book left me stunned and so happy. I missed Gavin and Ellie once the I was done with the story. Their love story is so complex. While he may be the leader of Canada, Gavin is like any other man. He has the same wants, the same needs. Except his comes with a little bit of a kink. He’s smart, determined to make his country better. And when he meets Ellie – an graduate intern in his office – his life is never the same. He’s drawn to her mind, her heart, and yes. He wants her. But he tries so hard to fight what he’s feeling. She’s 25. He’s in his late thirties. He has certain sexual needs. He has to be in control. He doesn’t want to scare her, but he doesn’t want to be without her either.

Ellie is smart and determined to be the best. She has a plan for her life but there’s one problem. She’s hot for her boss. She can’t stop what she feels and she knows that her boss feels the same way about her. She’s fine with his kinks. She likes giving over control. She just wants him. But she doesn’t want to come between him and his job. He’s more than her boss – he’s the leader of the nation and she won’t be the reason he fails.

These two have the hottest sex scenes. Scorching hot! Gavin is such a strong dominant man and demands so much from Ellie, but don’t think Ellie doesn’t give as good as she gets. There’s a certain scene between Gavin, Ellie and a third party that left me stunned, shaky and mightily turned on. Their relationship is lusty and explosive in the bedroom but respectful and sweet outside of it. Their love story may be unconventional and some may think a bit unrealistic, but it made for a totally fantastic read that I could not turn away from for very long. A hot doctor for a best friend, a seriously sexy bodyguard and a hockey player who’s going to be a whole lot of naughty make this story one divine page turner!

Ainsley and Sadie have started something oh so worthwhile with the Frisky Beaver series. I laughed so much my sides hurt. I sighed and swooned so hard over Gavin. I cheered for Ellie because she is some woman! I’m excited to return to Canada and get the rest of the series! Oh, Canada! 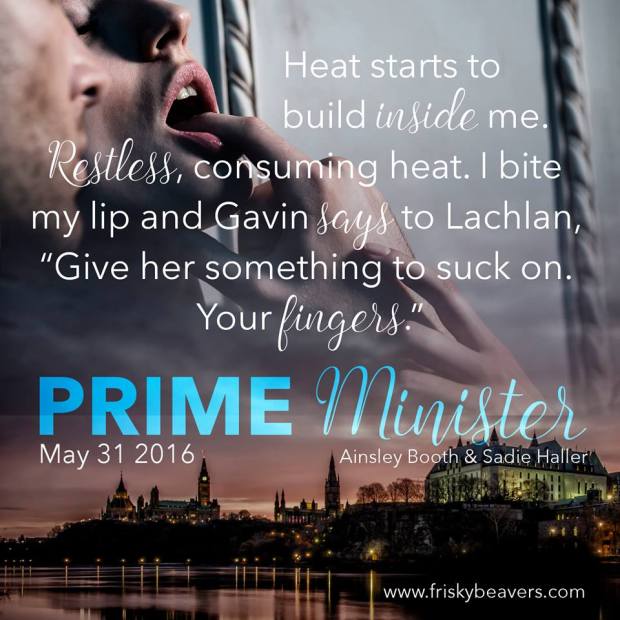 Now a USA Today Bestselling novel!
A kinky Prime Minister, a vanilla intern, and a scandal that shouldn’t feel so right or cost so much.

Gavin:
Ellie Montague is smart, sensitive, and so gorgeous it hurts to look at her. She’s also an intern in my office. The office of the Prime Minister of Canada.*
That’s me. The PM.
She calls me that because when she calls me Sir, I get hard and she gets flustered, and as long as she’s my intern, I can’t twist my hands in her strawberry-blonde hair and show her what else I’d like her to do with that pretty pink mouth.** 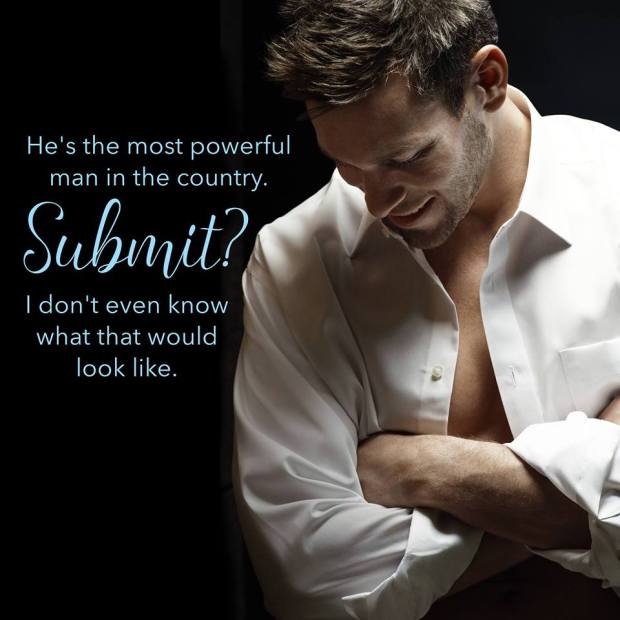