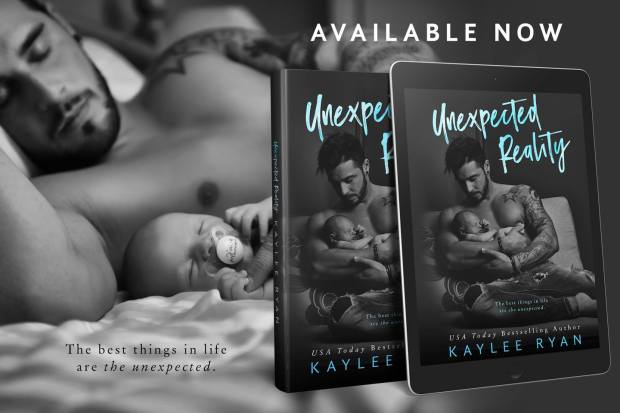 Unexpected Reality, is in fact unexpected. The first quarter of the story FLOORED me. Never, NEVER did I predict what was going to happen. I seriously bow down to Kaylee for what she wrote in this. And can I just say, Kaylee’s writing is seamless. The words written in the first quarter were written with such precision and power that it added a huge impact to that first section of the book.

Kaylee has once again wrote a ridiculously sexy, swoony alpha, with just enough dirt and grit to really set hearts pounding.
Ridge Beckett’s relationship with Kendall is a slow burn of flirty, intense feels. It’s inevitable that what brews between them is going to be explosive. What I wasn’t expecting was for it to be so beautiful. These two really stole my heart. And Knox was a GREAT edition that was perfect for the story and made Ridge even hotter.

As always Kaylee writes another hit, that will leave people in a soppy pile of swoony goo. I’m really hoping that the other guys from Beckett construction get a book, they all complimented the story really well and opened up some major intrigue for me. So I’ll just sit here and wait patiently for more of Kaylee’s words!

Expect the unexpected. That’s what they say, but it’s easier said than done.

How do you expect a change so huge it rocks you to your core?

How do you prepare yourself for an event that will alter your life forever?

One breath
One second
One minute
One hour
One day at a time, you learn to live with your unexpected reality.