This was stunning. This was Claire Contreras at her FINEST. As much as Rowan said that he did not bleed, my heart bled, broke and sighed for him and for Tessa. The twists and turns in this story had me on the craziest, most intense roller coaster of emotions. From overwhelming love, to white hot anger, to profound sadness… to the unbelievable ending that rocked me right off my feet and left my jaw hanging to the floor.

Rowan was born with his duty hanging over his head. He was raised and well groomed to know his place at the head of the family business, taught to forsake all things that could possibly make him happy… friends, fun, and yes, love. His responsibility to family would take him away from the girl that he couldn’t stop himself from wanting. Tessa knew in her heart that she belonged with Rowan. She wanted him as much he wanted her, but like Rowan she had responsibilities, too. Her dreams would lead her away from home to an Ivy League education but would destroy her own family in the process. Returning home from school with her family in ruins she wants nothing to do with Rowan but can’t seem to stay away from him, even though she hates him almost as much as she loves him. There’s no denying the chemistry between them, no putting off the inevitable reunion even if that reunion ends in heartache.

When his family gives Rowan an ultimatum, he has to decide between duty to his legacy and the love that will change his life. Decisions have consequences and the cliffhanger ending of this book is so ridiculously painful that it took my breath away, broke me and left me a sobbing mess, clamoring for the next book and sending messages to Claire to PLEASE hurry, hurry, hurry!

Then There Was You consumed me, left me in a daze hours after I had finished the last words. The secondary cast in this book are so much a part of the angst driving this story. The family business takes on a life of its own and I found myself resenting it. There were moments when I was so frustrated I was screaming at my kindle and moments when the romance and remembrance of sweet times past left me smiling. This story is brilliant, beautiful, ugly and bitter all at the same time.

And I want more. 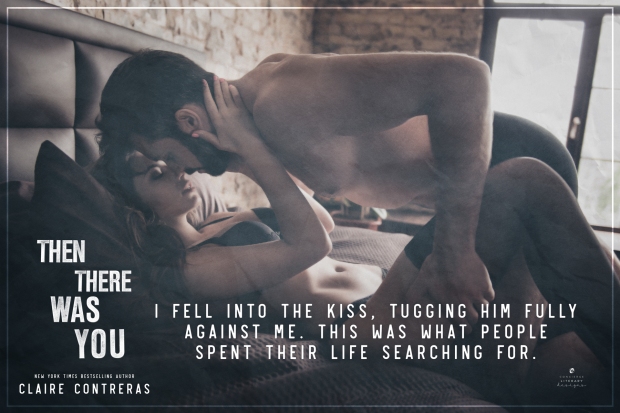 Love and the right timing were two things I didn’t believe in.

Love is about walking to the edge of the cliff and taking the leap together.
Timing was never on our side.
My first mistake was hooking up with my best friend.
My second came years later, when we met again, and I fell for her.
My third was letting her go, because I had to. Because a love like this wasn’t built to withstand the winds coming in our direction.

Love and timing.
I didn’t believe in either. 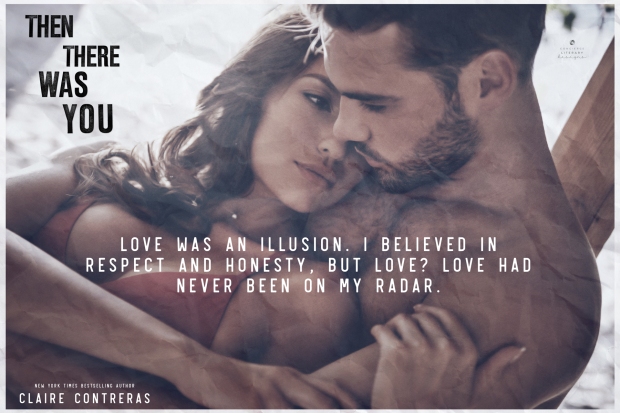 “There’s no one at my parent’s house except for me.” He raised an eyebrow. “My brother is moving from his apartment to a bigger house, so he’s been going by there to pick up the last of his things, but that’s about it. I’ve barely seen him.”

I frowned. “So why are you staying there?” And where were his parents living? I didn’t want to ask this, of course, but I was dying to know.

“I’m waiting for construction on my apartment building to be complete. It should be move-in ready by October.”

All sorts of questions popped into my head, but I pushed them aside. They’d go unasked because I didn’t want to answer any more of his. Thankfully, he clicked for the iron gates that guarded his house to open and drove in, not pushing for an answer. My eyes stayed glued on those gates as we drove past them. They were like something out of a Richie-Rich movie, those gates, black with a gold emblem in the center. I’d seen them countless times, pushed them open in the middle of the night more times than I could count. I tore my eyes away and looked up at the house. I hadn’t expected to feel such gripping emotion over a damn gate, but I guess some things never stop piercing your heart, no matter how much time passed.

I nodded once and leaned against the seat before he jogged inside. I closed my eyes, trying to figure out how my trip had gone from closing a chapter in my life to being stuck in the middle of my epilogue. When Grandma Joan called me with a guilt trip, telling me to come spend a couple of weeks with her, I’d taken her up on the offer for two reasons: I was the only one left who hadn’t packed her room and taken the boxes to the storage unit, and I missed her and this place. I missed the days I used to come here and feel like I was home. I missed the slow pace that came with a life here in Ithaca, nestled inside the city, but surrounded by nature and the water.

Thinking about those days also brought memories of Rowan. Kissing Rowan, holding hands with him, laughing with him in our canoes, but with the positive came the negative. He and I were never meant to be more than friends, and even friends was questionable. Friends didn’t lie or omit important things. My eyes popped open when I heard the front door shut. I watched him take the steps two at a time and stride toward me.

He slid into the driver’s seat, dropped one of the two bottles of water he’d been carrying into my lap, and shot me a wink. I scowled, clutching the water and facing forward. Just because I’d taken him up on the ride didn’t mean we were suddenly going to be chums again. Far from it. I wouldn’t fall for those mischievous eyes. I wouldn’t fall for the panty-dropping grin either. I wouldn’t fall. Not again. 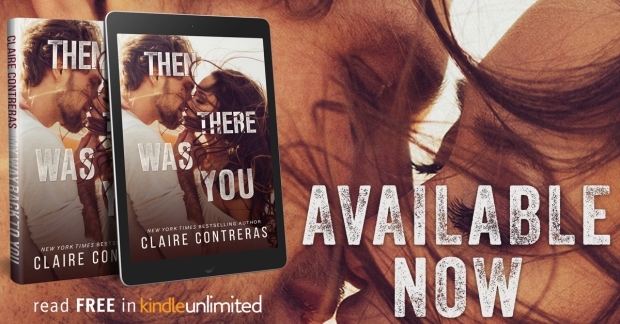 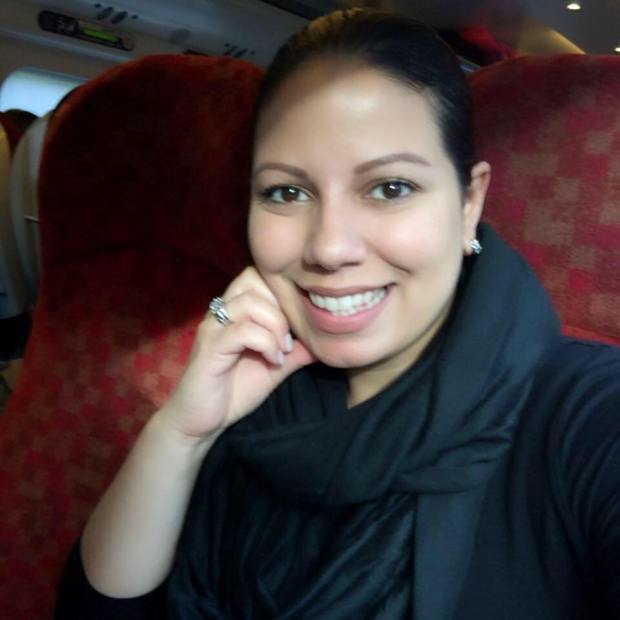 She lives in Miami, Fl with her husband, two adorable boys, three bulldogs, and two stray cats that she refuses to admit are hers (even though they live on her porch, she named them, and continues to feed them). When she’s not writing, she’s usually lost in a book.