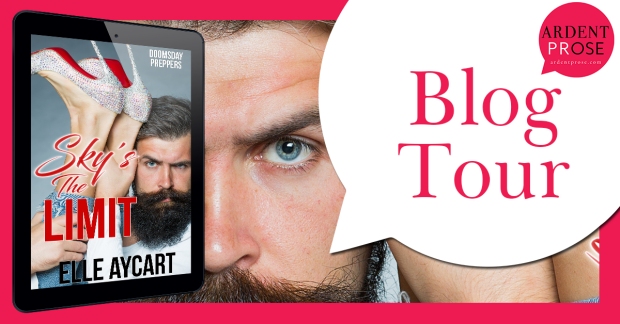 Well this was certainly not a book I ever pictured myself reading but was recommended, so I took a chance. Boy was I in for a roller coaster ride. There is comedy around every corner just for the very fact of the  town that Sky has been stranded in, doomsday preppers. Im talking bat-$hit crazy lunacy from some of these characters. You couldn’t help but laugh at the antics and the whole situation Sky has found herself in.

Sky is a fashionista who believes she is on her way to Paris, France for a job teaching English  while she pursues her fashion career. Cue hilarity. Her sister booked this whole trip  for her,  and when Sky finds out she is indeed not going to Paris, France but Paris, Minnesota things get crazy fast. Her mini car breaks down in a snowstorm. She has no signal on her cell, and is definitely not dressed for these temperatures. Lucky for her Logan comes along and saves her, but now the fun begins.

When some of the residents find out Logan brought who they are referring to as patient zero into their town, they lose their minds. They demand quarantine and it doesn’t help that Sky winds up with the flu. Her and Logan get stuck  together and eventually sparks start to fly and not just in the fireplace. Great story. I would definitely recommend it. 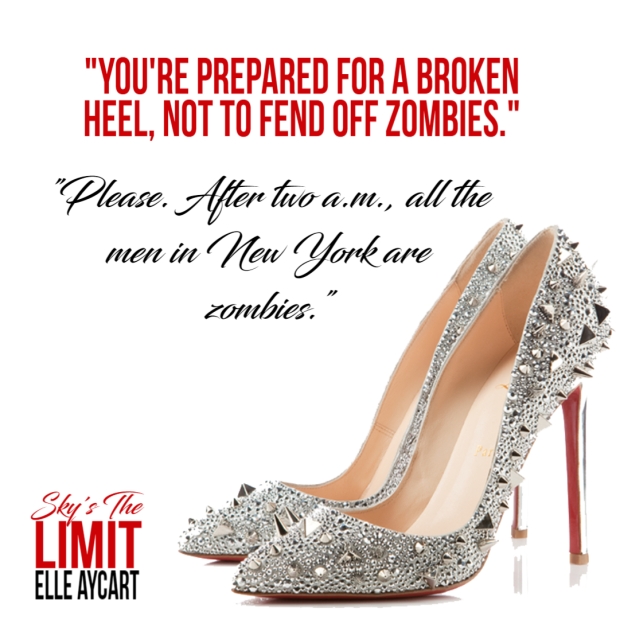 Tired of waiting for her big break in the fashion industry, Sky Gonzalez, eternal part-time student and overworked retail drone, quits her job, sublets her New York apartment, and embarks on a semester abroad study program in Paris. Paris! Time to throw caution to the winds and jump-start her dreams. What’s the worst that could happen?

How about getting sent to the wrong Paris? As in Paris-frigging-Minnesota?Bye-bye career dreams. Bye-bye glamour and haute couture. Hello flannel shirts, mind-numbing cold, zero bars on the cell phone, and socially challenged mountain men with tons of unruly facial hair.So yeah, let the truck barreling her way hit her, please. Less painful.Logan should have dodged the little lost waif and kept on driving. Who in their right mind walked in the middle of the road, dressed in white from head to high heels, during a snowstorm? Clueless city girls, that’s who. Sky is all that Logan has gladly left behind: stylish, cosmopolitan, and a massive pain in the butt. He wouldn’t trade a single day in his quirky little corner of the woods for all the high-maintenance beauties the city can offer.Too bad this beauty has been deemed a health hazard and quarantined in his house. Damn his doomsday-prepper neighbors and their paranoid emergency protocols. Now  he has to keep Sky in and the pandemic squad out until the roads are clear. The question is, will that happen before or after Sky realizes she’s under house arrest?

Logan addressed the pandemic squad up on the platform. “Sorry to break it to you. This is a free country. You can’t go quarantining people at will.”

“Wrong. Exactly because this is a free country, we can.”There were some mumbles of agreement from the crowd, “That’s right” and “You got it” and “Try to stop us.”“We live in a democracy. Let’s take a vote,” Carol suggested. “All in favor of quarantining Patient Zero, please raise your hands.”Everyone, including a smirking Ty, raised their hands.“Oh, come on,” Logan grumbled. “Really? You serious?”“Motion accepted,” Carol said, wrestling the gavel from the mayor and banging it on the podium. “Besides, Patient Zero doesn’t have to know she’s been quarantined. Just keep her indoors by any means necessary until she gets better.”“Or she kicks the bucket,” somebody chimed in.Nuts. The whole bunch of them. Down to the very last one.“She’s not Patient Zero, people. Her name is Sky and she’s got the flu, damn it. Not Ebola. Just a common, garden-variety flu.”“By our calculations, Patient Zero has been here almost twenty-four hours. We’re late on containment,” Carol said.Logan shook his head in dismay. Man, like talking to a wall.“You had her hidden away for a whole day?” Ty asked impishly.“She was just sleeping on my sofa.” Logan realized his mistake right away and turned to Carol and the rest. “You are not burning my sofa. Are we clear?”Whether it was clear or not, Logan didn’t know, because Carol ignored his words. “And we’ll be monitoring you,” she added while the rest nodded. “At the slightest indication you’re sick—”“Yeah, yeah, you’ll quarantine me too, and if I don’t get better fast enough, you’ll shoot me and cremate my remains.” Along with the damn couch, of course.Carol rolled her eyes. “Don’t be silly.”“Yeah, don’t be silly,” someone interjected. “We’ll autopsy you before that. Dissect you into tiny pieces.”Jesus fucking Christ. Why couldn’t his neighbors have been the gearheads prepping for solar flares that would fry the grid? More kumbaya. Less ready to dissect.“This is all your fault, Megan,” he said to his sister, who was sitting two rows behind him. “Couldn’t you have moved somewhere else? A normal fucking place?”She just laughed. “You heard the lady. Keep Patient Zero indoors—by any means necessary.”“Ha. Ha.”“What? Skills too rusty to keep a woman indoors?” she asked.“I can help,” Ty added. “Is she pretty?”Gorgeous, actually. Big, dark eyes. Olive-colored skin. Delicate features. But that was beside the point too.“Fuck off, both of you,” Logan muttered. Raising his voice, he addressed the crowd again. “You’re certifiable. All of you.”“I totally agree,” Carol said. “We give you far too much leeway. Look at how flexible we’ve been about your toxic contaminants.”

After a colorful array of jobs all over Europe ranging from translator to chocolatier to travel agent to sushi chef to flight dispatcher, Elle Aycart is certain of one thing and one thing only: aside from writing romances, she has abso-frigging-lutely no clue what she wants to do when she grows up. Not that it stops her from trying all sorts of crazy stuff. While she is probably now thinking of a new profession, her head never stops churning new plots for her romances. She lives currently in Barcelona, Spain, with her husband and two daughters, although who knows, in no time she could be living at the Arctic Circle in Finland, breeding reindeer.

Elle loves to hear from readers!elleaycart@gmail.com