Branch Best has turned my whole world upside down! I sent Adriana so many PMs and Gifs while I was reading this amazing book I think she’s going to block me. I just couldn’t help myself! This book and Branch evoked so many emotions for me. From his cocky swagger to his swooning romantic moments and all that sexiness in between, Number Eleven just made me happy! I hated to see this one end. I wanted to keep turning the pages for more of this forbidden romance.

Layla James Miller has had it with athletes. She claims she is done after she is blindsided by her breakup with a star quarterback. She’s determined to find solace in her work, her family and her friends. A trip to the family lake house was supposed to clear her mind, give her clarity and focus so she can face the reality of being single and ready to mingle. She never expected a weekend of solitude to change her life forever. She never planned on Branch Best entering her orbit and tilting the axis so much that north is south and east is west.

Branch Lucky Best was the one of the best in football. Known for his talents on and off the field, he never had known more peace, more rest or more fun than the weekend he spends with Layla in Linton. The problem? She’s off limits. Totally forbidden fruit no matter how beautiful, how down to earth or how good she is. She’s the protected little sister of his very best friend and teammate, Finn. He was warned by Finn to stay away. His reputation as a love ’em and love ’em guy only makes the situation that much worse. But the chemistry and instant attraction between Branch and Layla won’t be denied. What’s wonderful to see between these two is the genuine like they have for each other. They may burn the sheets but more importantly, they are friends and what better way to build a love relationship than to be friends first? They need that bond, that like for each other, because together they have to face a rather unforeseen obstacle.

Truly one of the most awesome things in an Adriana Locke story are the secondary characters. They almost always steal the spotlight or make themselves so integral to the plot that without them there would be no story. Everyone wants a best girlfriend like Poppy. Her mouth is foul. She’s sexy, sassy and so incredibly loyal. Her football analogies had me in tears I laughed so hard! She’s not in any way afraid to tell it like it is or put Finn Miller in his place. Finn is the big brother that every girl wants. A fierce protector, loving and absolutely devoted to his sister’s happiness. I’m excited to see Finn and Poppy get their own story!

Lucky Number Eleven was perfection! So funny, steamy with a side sweet. Angsty and just amazingly good! One confident and absolutely charming wide receiver finally brought to his knees by a beautiful woman who is simply being herself. No over the top designer clothes, ill intentions or a womanizer set on bedding the hottest athlete. I cannot stop saying how much I enjoyed my time in Linton. I finished it a few days ago, and I am still smiling. This was FANTASTIC! One of Addy’s best! 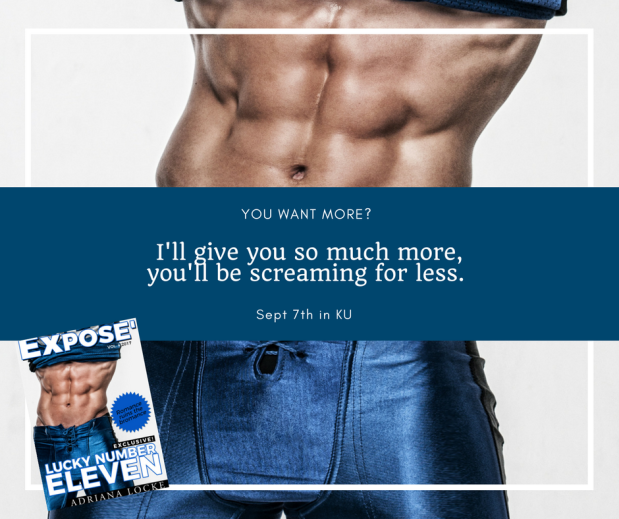 People say not to believe the things you read in magazines, but you know what? Most things you’ve heard about me are probably true.

I totally banged the reporter in the locker room after the championship game last year.

Those pictures in Expose from last summer? Those were not modified.

I’m also not really six-foot tall. (But let’s keep that between us.)

Now, I know you’re wondering about that last Expose headline—the one about me and my teammate (and ex-best friend) Finn Miller’s sister, Layla James. That one is a little more complicated.

Granted, the stakes are higher. The playbook has changed. There’s more on the line than (another) MVP title. But guess what hasn’t changed? Me. I’m still Branch “Lucky” Best and I’m not about to fumble this one.

Grab a seat and a subscription to Expose. I’m about to make some headlines. (Again.) 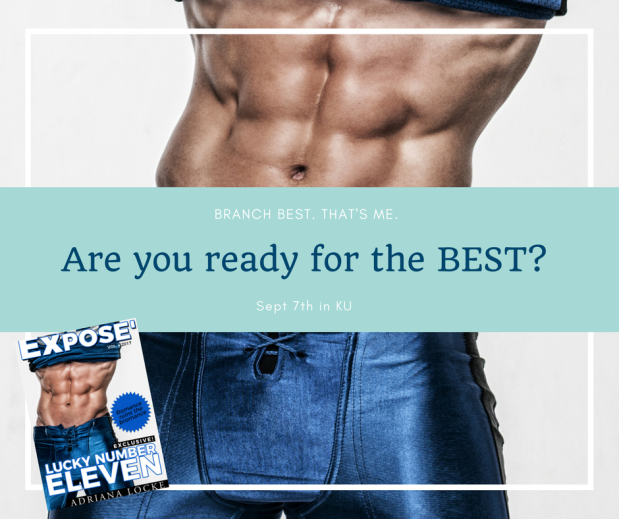 “One question,” Poppy interjects, looking at Branch. “What position are you?”

“I typically like the bottom so I can watch—oomph,” he says, getting another elbow from Finn. “Wide receiver. Why?”

Looking at Poppy, I can’t help but laugh as her eyes light up.

“You got a problem with wide receivers?” Branch asks.

“You do,” Finn interjects, giving me a narrowed glare. “They aren’t any better than quarterbacks.”

Branch looks from me, to Finn, and back to me. “Why do we not like quarterbacks?”

“My sister was dating Callum Worthington.”

“No shit?” His face puckers like he just bit into a lemon. “How in the hell did that cocksucker end up with you?”

“He didn’t. We’re not together anymore.”

Branch’s eyes heat, the look causing my pulse to quicken. “I’m not a bit sorry to hear that.”

“You better forget you heard any of that,” Finn warns. “This is my sister, Branch. Not a cheerleader or reporter or some chick from a dating app. Got it?”

“Finn, relax,” I say, shoving a swallow past the lump in my throat. “I appreciate the big brother spiel, but I can handle myself.” 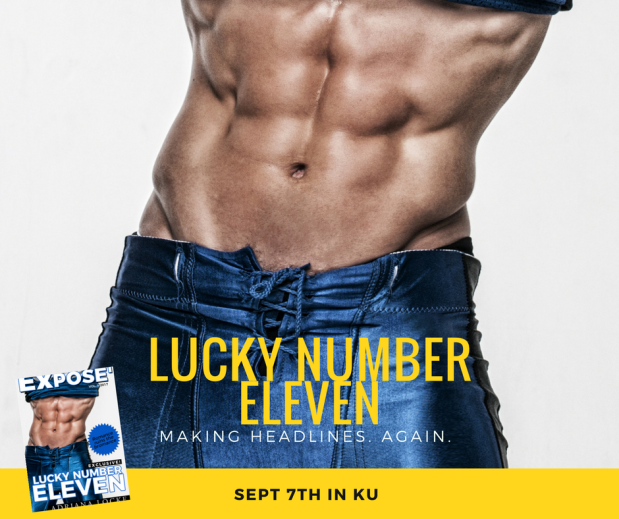 Please check out Adriana’s website, http://www.adrianalocke.com, for giveaways to celebrate this release!

USA Today and Amazon Top 10 Bestselling author Adriana Locke lives and breathes books. After years of slightly obsessive relationships with the flawed bad boys created by other authors, Adriana has created her own.

She resides in the Midwest with her husband, sons, and two dogs. She spends a large amount of time playing with her kids, drinking coffee, and cooking. You can find her outside if the weather’s nice and there’s always a piece of candy in her pocket.

Please contact Adriana at http://www.adrianalocke.com/. She loves to hear from readers.