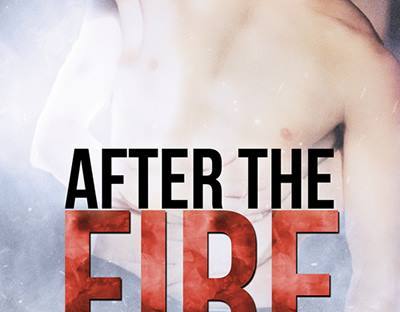 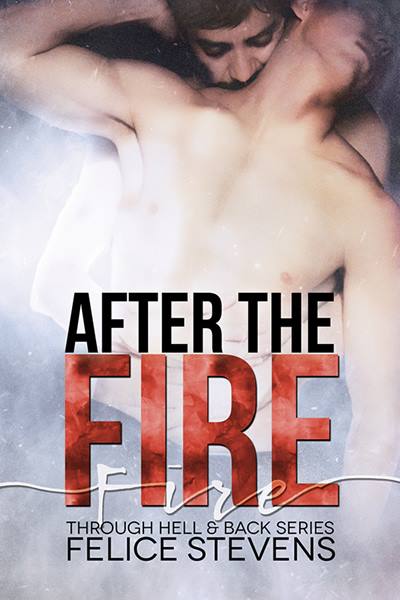 This may be my favorite Felice Steven’s book yet. It was so emotionally charged and sucked you in with no way out. I also listened to the audio version and it was perfect. The narrator was incredible. He really made you feel the emotions the characters went through.

Without giving away details, the main characters in this book both had extremely rough lives in the past. To watch them overcome together was heart melting. In other words, read or listen to this book!!

Through Hell and Back Series, Book 2

A single bullet destroyed the dreams of Dr. Jordan Peterson. With his lover dead, Jordan descends into an endless spiral of self-destruction that nearly costs him his friends, his career and his life. When Jordan finds himself working closely with the aloof Lucas Conover, the investment banker’s mysterious past and unexpected kindness shocks him back into a life and emotions

he’d thought lost forever.The betrayal by the foster brother he’d worshiped, taught Lucas Conover never to trust or believe in anyone. Living a solitary life doesn’t free him of the nightmare of his youth; it reinforces his belief that he would never fall in love. When the death of one of his clients forces him to work closely with Dr. Jordan Peterson, he meets a person whose suffering exceeds his own. Though Jordan rejects his effort to help, something within Luke pushes him discover more about the first man to ever get under his skin.As Luke lets down his guard and Jordan lets go of his pain, desire takes control. Each man must come to terms with past struggles if they are to create a future together. And learning to trust in themselves and love again after tragedy and a lifetime of pain, may be the only thing that saves them in the end.This is a re-release of the original version published in 2015. It has been re-edited with over 4000 words of additional content added.

“We have a board meeting next week to decide if we want to accept sponsorships or not. I’m all for getting companies to donate as much as they want.”

Pushing his artichoke around the plate, Jordan chewed his bottom lip in thought. “I understand, but I don’t want this to become something they crow about and take credit for. It isn’t about them or us. It’s about what Keith wanted and helping the kids of the community so they have a safe place to come to every day if they choose. We have to make them want to come. So for sure we’ll try and get the computer companies to donate their computers and the libraries to donate children’s books. But this is always going to be The Keith Hart Center for Youth. Not XYZ Corp Center. I’m doing this to help Keith’s dream become a reality.”

The chatter from the cavernous dining room filled the silence, while he awaited Lucas’s response.

“I agree. For the record, I never intended to acknowledge the corporate sponsors any more than having maybe a plaque in, say the computer area, stating, Computers Generously Donated by…whomever we choose. As you put it so very well, it isn’t about them.” Once again, he flashed that charming grin that lit up his normally austere face.

A tug of desire hit Jordan low in his belly and the breadstick crumbled in his hand. For almost a year he’d barely thought about sex. In the cold hours of the dark, he’d awaken from dreams where he’d been making love with Keith, and his body’s natural urge had led him to finish off with his hand. But not until this moment had he felt a pull toward another man. Disturbed, Jordan studied Lucas from beneath lowered lashes, pretending to concentrate on his food.

For God’s sake, what was he even thinking? Shaking his head, angry with himself for having those traitorous urges, Jordan drank down half his sparkling water, his hands shaking so badly he feared Lucas might comment. Lucky for him, the waiter approached to take away their dishes, engaging Lucas in conversation so he saw nothing.

Lucas wasn’t even his type. Jordan ran a critical gaze over the enigmatic man sitting across from him. Sure, he had the broad, muscular build similar to Keith but personality-wise, the two men were nothing alike. Keith’s friendly, joyful personality drew people to him; they couldn’t help but want to be his friend. Totally unlike the quietly serious Lucas Conover whose lone-wolf persona and hands-off attitude screamed, Don’t ask, don’t touch. Jordan excused this inexplicable physical reaction as his first time in months being in close proximity to a man.

“You okay, Jordan? You looked kind of sick for a moment.”

As far as he knew, there wasn’t yet a cure for being heartsick and heartbroken. 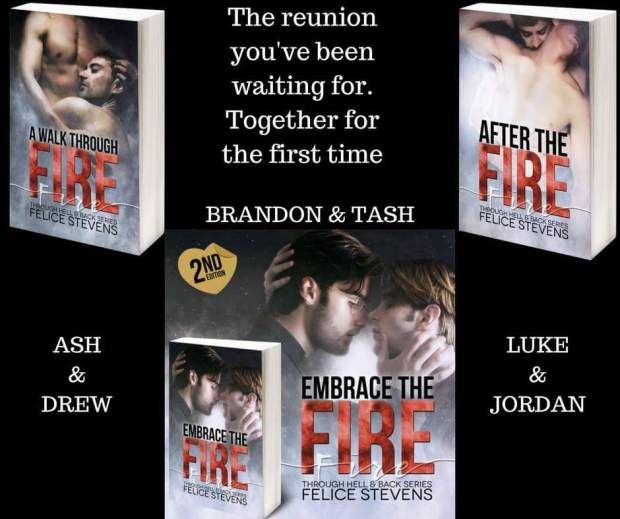 Felice Stevens has always been a romantic at heart. While life is tough, she believes there is a happy ending for everyone. She started reading traditional historical romances as a teenager, then life and law school got in the way. It wasn’t until she picked up a copy of Bertrice Small and became swept away to Queen Elizabeth’s court that her interest in romance novels was renewed.But somewhere along the way, her reading shifted to stories of men falling in love. Once she picked up her first gay romance, she became so enamored of the character-driven stories and the overwhelming emotion there was no turning back.Felice lives in New York City with her husband and two children. Her day begins with a lot of caffeine and ends with a glass or two of red wine. Although she practices law, she daydreams of a time when she can sit by a beach and write beautiful stories of men falling in love. Although there is bound to be some angst along the way, a Happily Ever After is always guaranteed.