This was a solid 5 star read that was riveting and captivating. You would’ve had to pry my kindle out of my hands to make me put it down for even a second. Emotions run high in this book, and your emotions will constantly fluctuate with the story. 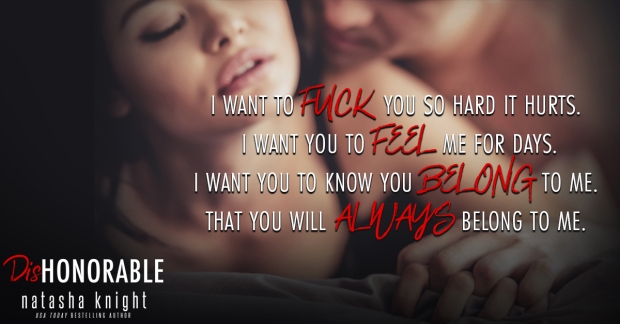 Raphael is a man you love to hate. He appears ruthless, cold, and calculated, but the good wants to break through so badly. It’s a real struggle between battling his demons and moving on to see that he deserves so much more. You will find yourself hating him one minute and your heart breaking for him the next. I absolutely loved his character.

Sophia was pretty much ripped from her childhood. Just turning 18 and still naive to the world, her grandfather hands her off as a business deal to marry who appears to be a monster. Watching how quickly she matured and came into her own even at the young age of 18 was remarkable. She was such a strong character and I love that in a female lead. 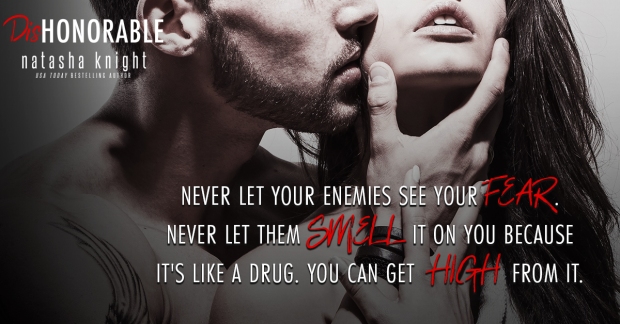 There is never a dull moment in this story. I truly hope to see a story for Damon and Lina. I really fell in love with both of them as well. Such an amazing and sizzling hot read.

I knew little of Raphael Amado’s history with my family, but when he turned up on our doorstep demanding restitution, my grandfather quickly conceded. That restitution? Me.

Six months later, on my eighteenth birthday, Raphael came for me. He stole me from my home, taking me to his Tuscan estate, where from the crumbling chapel to the burnt-down vineyard, to the cellar that haunted him, the past stalked him like a shadow. It waited for him, hid behind corners for him and trapped him at every turn.

As much as Raphael’s cruelty terrified me, his darkness seduced me. But in the end, it was his tenderness that devastated me. 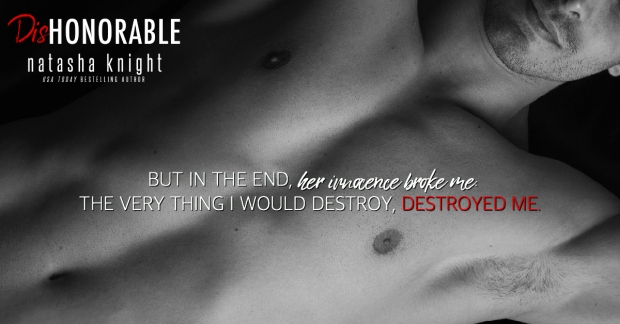 Sofia came to me like an offering. Like a virgin to be sacrificed at the altar. But truth was, her grandfather betrayed her. I guess we had that in common. He’d screwed me too.

I knew hate. I’d vowed vengeance. This was never supposed to be about anything else. But in the end, her innocence broke me. The very thing I would destroy, destroyed me.

EXCERPT:
After the evening in Civitella in Val di Chiana, I doubted Sofia would appreciate that we’d be married in the Basilica of Santa Croce in Florence, alongside the resting places of Michelangelo, Galileo and Machiavelli, before the eyes of God and a handful of witnesses and fucking throngs of tourists. Tourists were unavoidable this time of year. I could almost tolerate them.

It had taken an exorbitant contribution to book the basilica, but it only concretized my thinking. Money was what everything came down to and that included the church. But I had to admit, this was a magnificent display of devotion and art, even if it was wasted.

I stood at the altar, waiting for my bride. The rope did little to keep curious visitors at bay. Beside me stood Eric as witness and another man arranged by my attorney. I didn’t know who he was. In the front pew sat Sofia’s grandfather, the great Marcus Guardia, his expression unreadable. At his side sat Lina. Smaller than Sofia but not by much. As pretty as her. The old man had kept his end of the bargain after I’d signed the amended contract. Across the aisle sat Maria. I hadn’t invited anyone else to the wedding.

About two dozen strangers, worshippers who most likely were not expecting a wedding, dotted the other pews, giving the appearance of being guests. The priest cleared his throat and made a show of checking his watch.

It took another five minutes before the doors were opened, and someone stepped in to signal the music. The organist began to play the wedding march, and I took a moment to straighten my tie. I’d worn black on black. It was fitting.

Two men secured the large doors of the worshippers’ entrance. From the waning sunlight outside, I could make out the two forms, the white of the dress casting a sort of halo around Sofia. Beside her stood my brother. My fucking brother. Tall and proud in his suit, Sofia’s arm tucked into his. I could almost see him patting it, telling her it would be all right. Reassuring her when he had no business to.

I didn’t know when she’d asked him to walk her down the aisle. I understood she didn’t want her grandfather. That made perfect sense. But this? It pissed me off, actually.

The organist started the march again, and they took their first steps. Once they stepped fully into the church, I could make out their faces. My brother, for all his support of a few nights ago, now condemned me with his gaze. I wondered how much he knew. How much she’d told him.

Sofia gazed at the floor. Her veil shielded her from me until she was about a third of the way down the aisle. That was when she hesitated. Damon paused too, then whispered something to her. She seemed to take a full minute to compose herself, and before my very eyes, she straightened, standing taller, her spine straighter. She looked directly at me.

I met her gaze, felt the unnatural chill inside her eyes, accepted the accusations she threw like grenades. But she had never looked more beautiful to me than in that moment.

The dress fit as if it were made for her, hugging her delicate curves, the antique veil with yellowing edges not quite concealing her but adding an almost ethereal air to her, to her beauty. Her hair had been intricately braided, only a few soft strands falling around her face, over her shoulder, and her golden eyes shone as if covered over by a layer of ice crystals.

She never shifted her gaze. Never faltered again as Damon walked her toward me. As he faced her, the look they exchanged made me fist my hands at my sides. It wasn’t attraction or affection, not more than that of friendship, but it seemed as though a bond had been formed between them, and I knew in the way he looked at me, the way he looked at her, that he knew what had happened between us. What would happen still.

My brother lifted her veil and gave her a gentle smile, a kiss on the cheek. A whispered word. I’d fucking kill him for it.

He then turned her to me.

Tears didn’t shine in her eyes. Her lip didn’t tremble. When she looked up at me, all I saw was hate. A hate that came from betrayal. From a budding trust destroyed.

And in spite of it, or perhaps because of it, she took my breath away.

I turned her toward the altar and stood quietly by her side, listening to her breathe, listening to the priest but not hearing his words. Hearing her quiet “I do.” Speaking my own. Catching the slight tremble of her hand as she handed her bouquet of blackest lilies—appropriate if not dramatic—to my brother, who remained by her side. She then faced me again, and I took her hand. From my pocket I retrieved her wedding band. A ring of thorns made of iron, black and rounded to slide onto her finger, jagged to remind her of her place.

She looked down at it once it was fully seated on her delicate finger, and I wondered what thoughts circled her mind.

The priest cleared his throat, and I wanted to slap him. To tell him to give her time. To let us be.

Sofia met my gaze. I handed her my ring. She took it, and I held out my left hand. As she slid the serrated ring onto my finger, she gasped, hesitating at the sudden sight of blood, faltering.

Her mouth fell open, her eyes wide when she met mine.

She shifted her gaze back to my hand and dragged the spiked band upward, her eyes now fixated on the lines of red that appeared along my finger. The first dark droplet fell, soiling the snow-white of her dress, and when she pulled her stained fingers away, she looked up at me again, the ice in her eyes different, less cold. Confused now. Lost.

I gripped the back of her neck and forced her attention back to the priest who had gone a little pale at the blood.

He met my gaze, swallowed, fumbled with his Bible—fucking idiot—and then pronounced us husband and wife.

I kissed my bride with a hunger that would devour her. A warning to her. A promise of what would come.

USA Today Bestselling author Natasha Knight writes dark romance as well as spanking romance in a variety of genres including contemporary, paranormal, post-apocalyptic, science-fiction and fantasy. She is a #1 Amazon Bestseller in multiple categories forever searching in every story for that single most important element of love. All of her stories contain at least one kinky Alpha male, lots of dirty talk and a well deserved happily ever after.