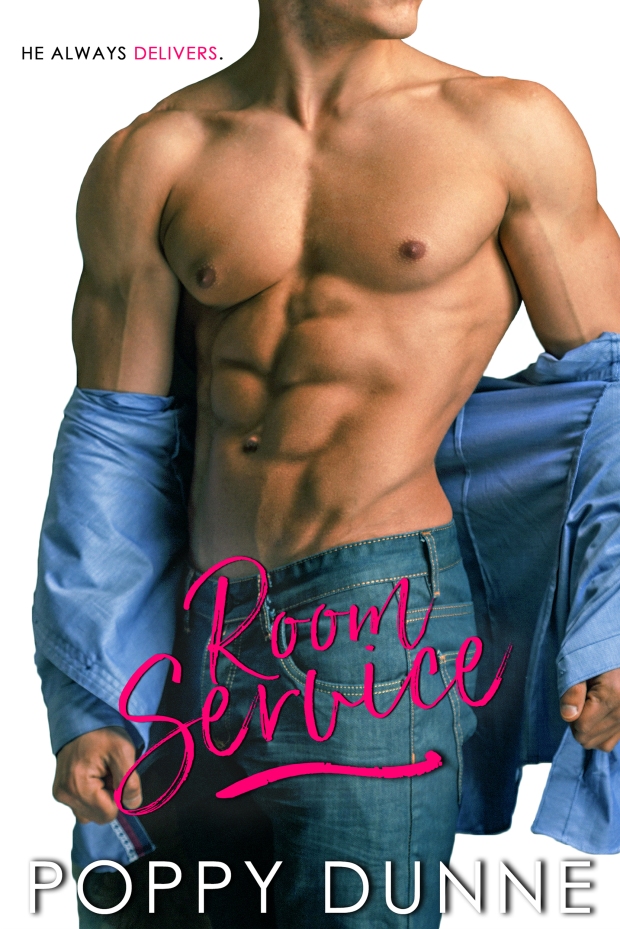 This is one of the funniest, swooniest, most incredibly romantic stories I have read in a lomg time. I mean, big belly washing laughs! Laugh out loud, snorting moments. Poppy’s debut is definitely not one to be missed.

Alex Harrington only wanted a couple of things – a great act to save her boss’s club and even better room service to fuel that search. It wouldn’t hurt either if she didn’t have to face her ex at her brother’s wedding. Too bad her well meaning mother is rubbing her ex in her face and that she’s coming alone – good men are so hard to find! Never fear! In walks the sexiest solution to her dilemna… a delectable room service waiter named Ben. He agrees to help Alex by pretending to be her boyfriend for the weekend. He fills the bill so well, even better than Alex could have ever dreamed! Maybe even too well… from the start they have so much chemistry. He’s charming, funny and ridiculously sexy. In her haste to have revenge against a thoughtless ex-boyfriend and get her nosy mother off her back, Alex may have gotten herself in a little over her head. But boy, what a way to go!

Poppy, what a fabulous debut you have made! A beautifully written, well paced story… a sexy, witty leading man and his strong willed curvy lady. Ben and Alex aren’t your typical couple and their love story made me just so happy. And don’t forget the LAUGHS! I can’t help but giggle and highly recommend this amazing story!

I’ve spent seven nights cooped up in this five star hotel, sleeping on 1000 thread count sheets and working sixteen hours a day. At least room service is covered under my expense account. But all work and no play leaves a girl dateless for her brother’s wedding.

Prospects aren’t totally bleak, though. Four meals a day, I get to drool over this sexy room service guy: he’s got a perfect body, easy smile, and a sense of humor that has me snorting over my personal pizza. He’s all that and a bag of chips. Specifically, the jumbo bag of ranch barbecue chips that I ordered for breakfast out of desperation on Day Four.

I finally found the courage to ‘accidentally’ let my bathrobe slip, and ask him to be my plus one at my brother’s wedding. So maybe I had to offer him a little money. So what? There’s no way I can face my family, make my ex rue the day he left me, or screw off this work stress without his helping hand.

But what happens when I find myself falling for my fake, paid-for boyfriend? Judging by the comped mozzarella sticks he brought me for breakfast, maybe there’s a chance he’s falling for me too? 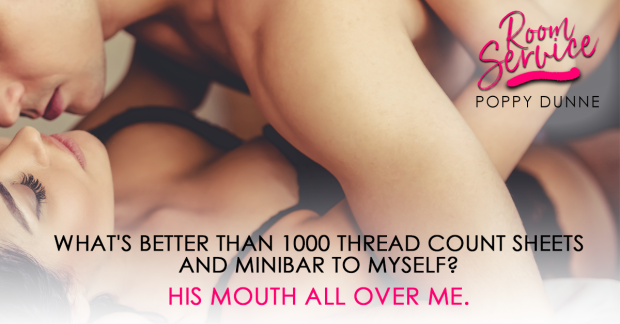 After ten years of hiding behind a bathroom door, Poppy Dunne has sent both children to school, emerged from the bathroom, and is excited to release Room Service, a romantic comedy plotted mostly on the toilet.

Poppy writes books with relatable heroines who speak their minds and whose riotous inner dialogue reflects their complex characters. Her goal is to deliver a story that has equal parts heart, romance and humor. Her heroes are swoon worthy, yet hold on to your suspension of disbelief, because they pick up their own socks and cook.

In her free time, she looks for hobbies other than Netflix and procrastinating to fill out this author bio. She lives in Los Angeles with her husband and children.