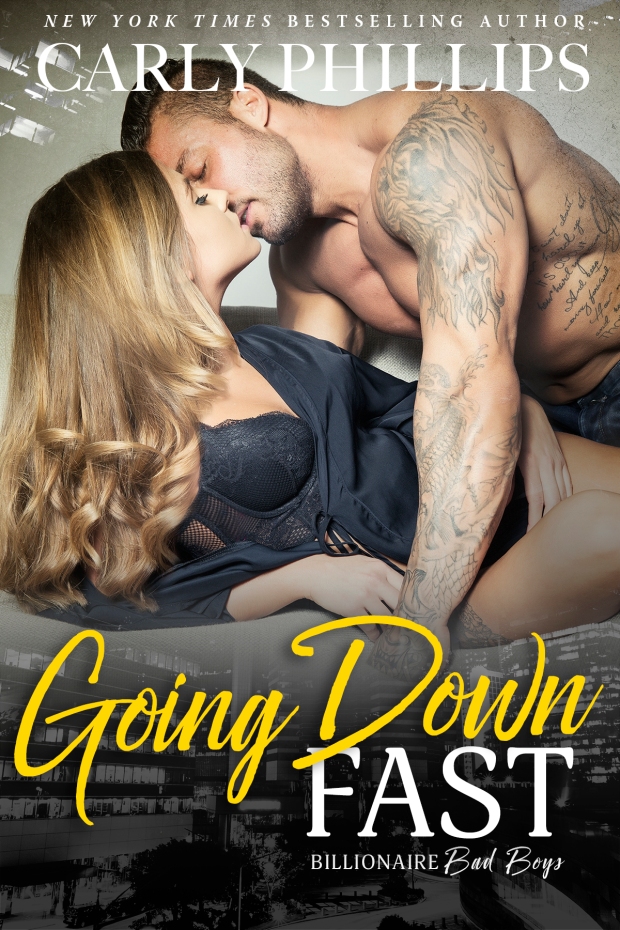 Carly Phillips is back with the next story in her Billionaire Bad Boys series. And what an amazing second chance love story it is! So full of twists and turns and an unrequited romance that has faced lies, jealousy and heartbreaking loss. Lucas and Maxie’s love story is as sigh worthy as it is frustrating… sexy and sinful.

Lucas Monroe and Maxie Sullivan have known each other for years. Always friends. JUST friends… and both always wanted more but were too afraid to reach for more. She knew that she could always depend on Lucas. He was always her strength – her place of safety. Lucas had his own demons. He was a skinny nerd who was never good enough for his parents no matter how brilliant he was. He could never measure up to his brother, Keith – the golden child, the sports hero… the bully who did everything possible to make Lucas miserable. Even going so far as to use lies to marry the girl that Lucas has always loved.

The years and marriage are not kind to Maxie. A cheating drunk of a husband. An unbearable loss. Then death of the marriage in more ways than one. With no money and no place to go, Maxie turns to the one man that she has always depended on, the man she has always loved – the brother that has always been off limits. But things have changed. She has changed, but has Lucas? Is he still the playboy that she knows him to be? Lucas has vowed to always be by Maxie’s side. To keep her safe and protected. But it’s time to face the truth – he loves Maxie and he wants her. He’s no longer the skinny nerd being bullied by his brother and his friends. What Lucas Monroe wants, he gets. And Lucas wants Maxie.

A romance built on long time frendship is so much fun to watch blossom. These two have loved each other since they were teenagers but their timing never seemed right. Petty jealousies from outside sources and danger from even shadier dealings all work together to keep these two apart. But oh, the moment that Lucas and Maxie give in – amazing! They have so many insecurities to face, so many obstacles from their past to overcome but the steam coming from these two can run a locomotive! Lucas is so alpha, so dynamic and protective. It doesn’t hurt that he has a dirty mouth and knows how to use it! Maxie is stronger than she ever gave herself credit for. I loved her spunk, her guts and tireless determination. I couldn’t help but root for them to have it all!

5 Long time in the making Stars!

Lucas Monroe dropped out of college only to become a multi-billionaire and tech world God. He can have any woman he desires in his bed, but the only woman he’s ever wanted is off limits and always has been. When Maxie Sullivan finds herself in dire straits, the only man she can turn to is the one she’s always secretly loved: her childhood best friend.  Can they trust their hearts and make a future, or will their complicated pasts stand in the way?

This bad boy is going down fast …

And going down fast has never felt so right.

Billionaire Kaden Barnes has a reputation for being difficult and always getting his way.

As their passion for each other reaches a boiling point, neither can control the explosive outcome when they finally give in to their desires. He may think he’s calling the shots, but for this bad boy, going down easy has never felt so good.