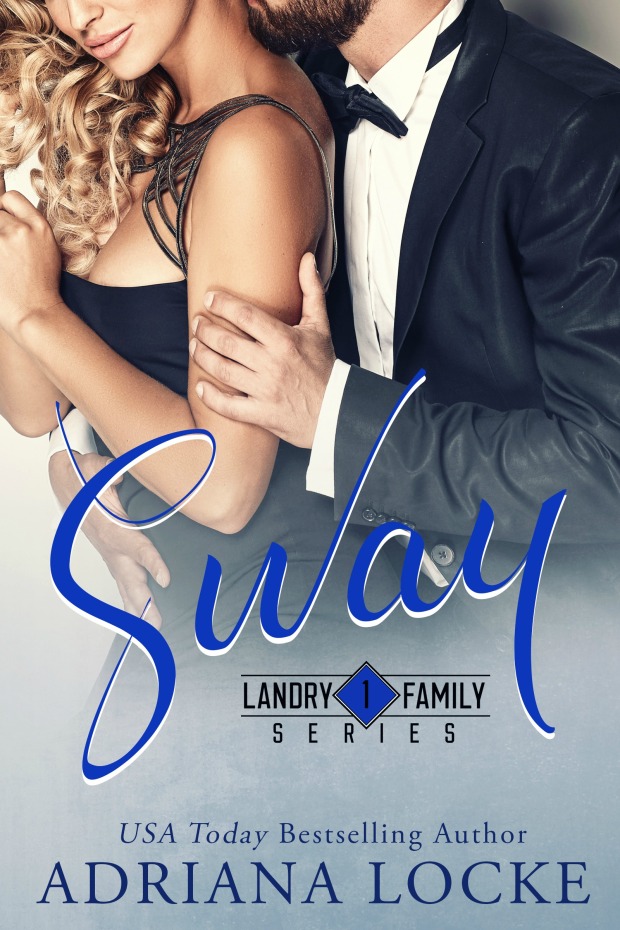 What a welcome to Savannah and to the Landry series!

Barrett Landry was considered Savannah’s most eligible bachelor. Charming. Unbelievably handsome. Playboy extraordinaire. Mayor and candidate for governor of Georgia. He could have any woman he wanted… and has. Until the night that meets hard working single mother Alison Baker. She’s the first woman to not fall under the spell of the dashing politician. Oh no. Alison has been down this path before – and she has the broken heart, home and divorce to prove it. Between raising her son, Huxley, two jobs and college classes Alison doesn’t have the time to fall for the mayor. She certainly doesn’t want to be pushed back into the eyes of the public! Her first priority must be her son, especially since her ex-husband has chosen to ignore the precious ten year old.

But of course, Barrett has other plans.

From the moment, from the very first moment he lays eyes on Alison Barrett is done for – and he knows it. She’s unlike any woman that he has been with. She sees Barrett… the REAL Barrett Landry behind the family political machine. He’s drawn to her just because she stands for what she believes to be true and he finds that he wants that beauty and simple honesty in his life. Because the mayor is beginning to have doubts about the career he has chosen. He’s not sure if he likes the wheeling and dealing and back room antics. At his core he wants to serve the people of Georgia and make his family proud. When did he let the limelight change him?

Alison is just as drawn to the sexy mayor. He makes her feel alive and he makes her forget that she’s alone. He makes her feel desired, beautiful and treasured. But Alison is scared not just for herself but for her son. She has to protect him. He must come first no matter how much she wants to pursue something lasting with Barrett. Every day as the campaign heats up and more dirt comes out, she is reminded of what she left behind. Still, what she and Barrett build together could be worth all the anguish. Watching her son with Barrett she knows what she wants but is still unsure of taking the risk to have it all.

There are so many moments in this book that I found myself giggling, swooning, sighing. Barrett is such a dominant, sensuous southern gentleman even when he’s down and dirty. No woman that reads this book will not think of him and want to get graped. He is dedicated to his family and to his constituents – he simply wants everyone in his life to be proud of him. Alison is as strong as she is beautiful. She’s a fighter but conflicted. Her head tells her to run but her heart and yes, her body, is an entirely different story. These two have the hottest moments, the sweetest embraces, and the most heartwarming conversations. And then of course, there’s Huxley. How could I not adore this amazingly insightful little man? So smart and independent but so needy and vulnerable at the same time. The secondary cast made this book so much fun to read! Lola is the best friend that I want in my corner. Troy is a loyal employee and friend to Barrett that deserves his own HEA. Graham, Ford and the amazing Lincoln Landry are all introduced as well as the Landry girls Camilla and Sienna. There are even some rather… unsavory characters that are important to the story as well.

I cannot say enough about how much I loved this book and how much I cannot wait for the rest of the series! What an awesome family and if Barrett is any indication the romance and swoony moments will be off the charts! I have already threatened the author with bodily injury and a recreation of a scene from Misery if she doesn’t hurry with Lincoln’s book. Luckily, Addy knows that I’m only kidding. Mostly. Fantastic, Adriana!

BARRETT LANDRY has it all.
Power, prestige, and plenty of women, the dapper politician’s life is pretty phenomenal. But in the midst of the biggest campaign of his life, he needs to focus. The last thing he can afford is a distraction.

ALISON BAKER is a work-in-progress.
As a single mother to HUXLEY, she’s rebuilding life on her terms. She’s focused on family, faith, and a future for her son that can’t be taken away. Putting her child first means not being careless, no matter what.

A chance encounter forces Barrett and Alison to redefine what they really want out of life. But everything comes at a cost … and sometimes, even for love, it’s a price too steep to pay.

“I want a chance to win you over,” he breathes, peering at me. The way his eyes search mine make it seem like time stands still. “Will you let me try?”

He forces a swallow and the look of hesitation, the internal fight he’s having, isn’t lost on me. It’s there, right beneath the surface, and when I add my concerns to the mix, it’s enough to make me balk. Just a bit.

“I’ll think about it,” I whisper, holding on to the little strand of courage I have left.

Instead of responding, I ask, “Where’d you get that scar over your right eye?” I reach out and press gently on the raised skin. I expect him to pull back, but he doesn’t.

My hand shakes as I touch his warmed skin. His forehead is silky and smooth. I’d like to run my hands over every inch of it, feel it ripple beneath my fingertips.

The corner of his lips twitch. “Lincoln hit me in the head with a baseball.”

“Bad reflexes on your part?”

“Wicked curveball on his,” he says, his face breaking out into a full smile.

“I thought he played center field?”

“He does. But he pitched some growing up.”

We stand inches apart, my hand gently brushing down the side of his face. Although I feel like he’d stand here all night and talk to me, it’s not possible.

“I really need to get back to work,” I say, trying to unlock my eyes from his.

I can barely resist the look in his eye, the one that implores me to say yes. The one that makes me believe he really does want to have dinner and spend a few hours with me.

I need to get away, put some space between us while I can.

“We ran into each other tonight,” I shrug. “If we’re supposed to see each other again, then I guess we will.” I start to turn away before I completely buckle under his gaze.

“How am I supposed to get ahold of you? I don’t have your number,” he calls after me.

Heading up the steps to the Savannah Room, I glance at him over my shoulder. “You’re the Mayor. Figure it out.”