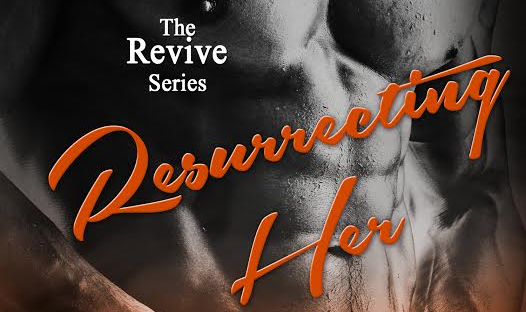 Love. Angst. Suspense. Resurrecting Her had it all and more! Whoa! What a phenomenal, mind blowing conclusion to Marlena and Elias story! Wilson outdid herself with this one! The torture that Marlee endured. The turmoil that Elias went through. It was all heartbreakingly and beautifully written.

This story picks up where Redesigning Fate left off. It begins with Marlee reading a passage from Travis’ journal and reminiscing about Travis, the man she once loved. About how he isn’t the man she thought he was…..and the type of man he’s turned in to.

“He wasn’t even remotely the man I knew. His past was a chaos of secrets and overgrown lies that years of perfecting deception had groomed. He was an illusion. And I had fallen for it since the first act.”

Marlee and Elias seem to finally be happy. After enduring so much in their short relationship already, they deserved it. There were times when Marlee tried to pull away from Elias, out of fear of rejection mostly. Elias stood steadfast and strong, unbreakable in his love for her. He wouldn’t give up without a fight.

“I’m not letting you go. You hear me? You can’t make me let go. Five minutes ago I got the best glimpse of my Marlee that I’ve had in a month. She’s in there, fighting. Don’t think I’ll ever give up on trying to resurrect you from the hell he left you in. You’re mine and until I’m no longer breathing, that’s not going to change.”

….SWOON! That, is one of my favorite lines in the whole book! I love Elias and his bad boy, dominate alpha male, but I adore the sweet, sensual, caring, protective side that Marlee brings out in him

…..but it’s always calm before the storm. And boy does the storm come blowing through like a hurricane in this book!

There are so many twists and turns! Threats were everywhere! They were on constant high alert. On the lookout for “G’s” mean and Travis. I was on the edge of my seat the entire time, turning page after page! I.COULDN’T.PUT.IT.DOWN!

We get a glimpse in to the tragic life of Travis as a little boy. We come to understand why he is the way he is and why he does some of the things he does. His childhood is truly heartbreaking. I don’t feel for him as an adult. I feel for that little boy. The little boy who had to endure the pain of losing his mother so young. The pain of a little boy who was abused for being a kid. Pain for the man the monsters of his childhood turned him into.

Resurrecting Her was utterly phenomenal! Wilson took me on a emotional, suspense filled ride that I would be happy to jump on again! You don’t want to miss this EPIC conclusion to Marlee and Elia’s story! I can’t wait for Sin and Shel’s story, Unleashing Sin! It’s bound to be as magnificent as the rest!

Marlena Aldrich
Travis is still out there. I don’t think I’ll ever be free. He’s not going to stop until I’m his. Elias and Sin may be protecting me, but I’ll never be safe. Not with all the secrecy and lies I’ve been told. But I have a secret of my own this time, and it’s destroying me slowly from the inside.

Elias Brooks
I made a mistake by exposing Marlee to my world, but I won’t stop until I make it right. It’s too late to go back now. She’s mine. I’ll let her unravel every thread. Disclose every single half-truth until I can breathe life back into her. What’s done is done. I put her in danger before but never again.

We made ourselves vulnerable with our carelessness. We’re both to blame. When the threat comes to our doorstep, will we fight through it together or let it tear us apart? 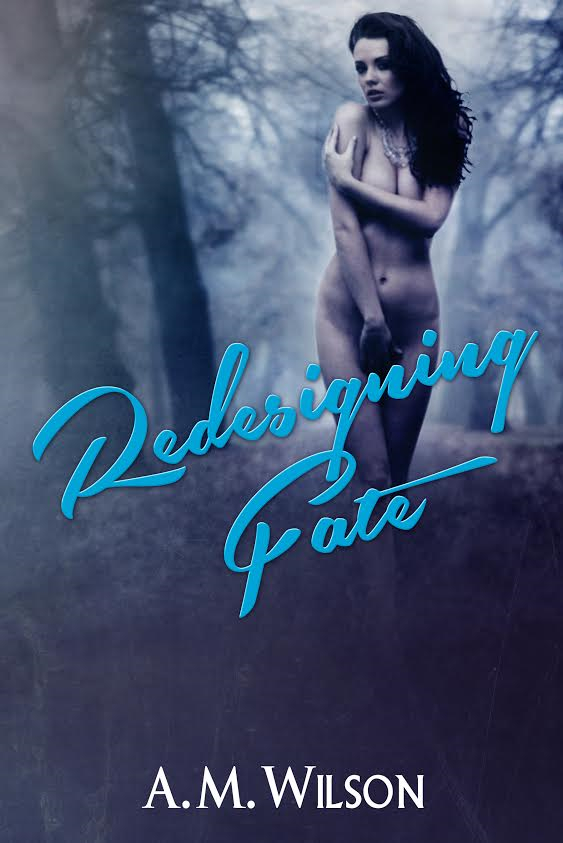 Redesigning Fate was a phenomenal beginning to a series I’ve already fallen in love with! This book captured my attention from page one…..Wilson had me hook, line, and sinker. I couldn’t put it down!

This book kicks off with a bang, introducing us to Marlena and Travis. They’ve been in a 3 year relationship that is full of love in the beginning, but turns into an physicaly and emotionaly abusive one. Marlena has lived with so much heartbreak, people who “love” her walking away. All she wanted was someone to be there and not walk out on her…..and she found that in Travis.

Until she didn’t have it anymore.

After an extreme incident of abuse occurs, and Travis cheating, she grows the backbone that she needs to walk away. She moves away to start over. Marlena wants to build herself up without having to rely on anyone…especially a man.

Marlena lands a job at a law firm within weeks of being in her new town and new home–its one more step to supporting herself without anyone’s help.

Until…..Elias unexpectedly blows into her life! Elia’s is a sexy, well built, blue eyed Alpha Male. Everything about him screams dominant. They both have an immediate, undeniable chemistry. Try as they might, neither one can resist the other.

….Travis has another agenda. An agenda for Revenge! Nothing will stop him from achieving it. He steaks his claim on Marlena. She’s his.

….but Elias has secrets. Secrets that run deep. Finding out those secrets could mean the difference between life and death.

Who’s the better man for Marlena? Elias? Or Travis? Both have want her. Both have secrets. Which one is the good guy? Is there even a good guy?

Redesigning Fate was filled with edge of your seat suspense that had me spell-bound! Truly a captivating story, Wilson pulls out all the stops! Wilson is a gifted author who knows how to spin a magnificent tale to keep the reader hanging on!

I left everything behind in order to be free. I should have known better than to think it would be so easy. All it took was one day at my new job.

He came for me.

I used a stranger to deter him, and in doing so, realized my heart began to beat again. Elias Brooks put me back together after Travis Dawson tore me apart. Travis makes it everybody’s business that I belong to him, including Elias, but he couldn’t be more wrong.

I’m afraid he’s come back to hurt me again. He promises he’s not.
Travis pleads he’s only trying to keep me safe from none other than Elias.

Who do I trust?
Fate led me down the wrong path before. Who’s to say it won’t happen again?