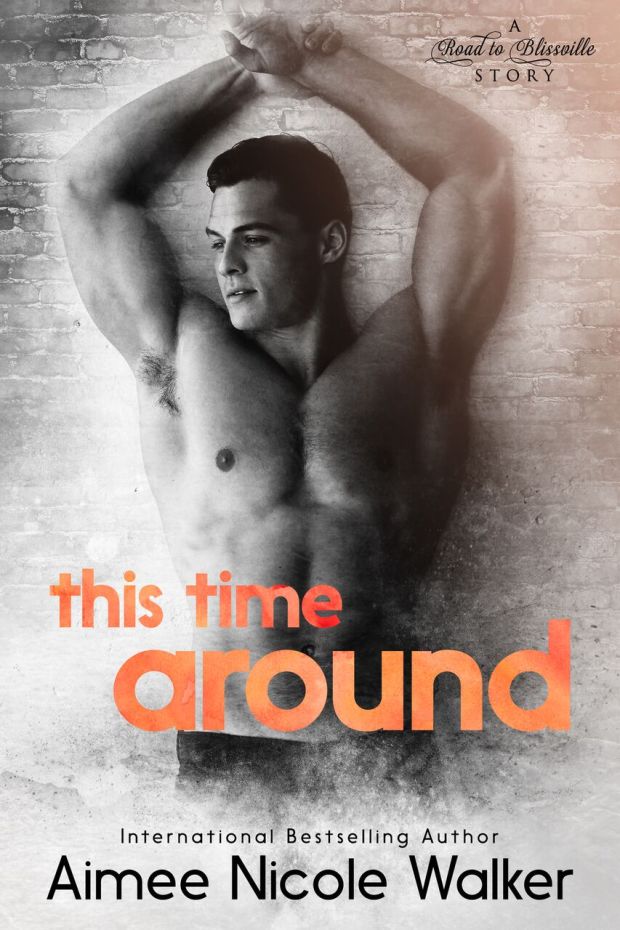 Blissville is a series I never want to end. Aimee just sucks you into the book, making you feel like you’re right there in Blissville with the whole gang. I absolutely loved everything about this story. That’s nothing new. Aimee can write no wrong! I feel like I’m always in a constant state of bliss while reading her stories and love how each one deals with real issues in this world. The struggles that gay men have to face but come out stronger on the other side! She brings joy and hope that one day everyone will be so open minded, making this world a better place. For now, when I need happiness, I’ll sink myself into Aimee’s words and relax in bliss.

The history between Andy and Milo is heartbreaking. The way things went down between them 12 years prior was awful on both accounts. They both turned to their own vices to cope, Andy’s just happened to be way more destructive. Watching him get himself back on track and stay there made my heart flutter. I was so proud of him and his dedication to be his best.

Milo was so angry at what went down 12 years ago. Andy never really knew what prompted that breakup over text, but when he steps into Milo’s coffee shop with determination, he will soon find out. Milo was rightfully heart and justified in keeping his guard up when Andy comes waltzing back into his life like a bulldozer. He’s not going down without a fight!

We essentially have a lovers to enemies back to lovers read on our hands, and Aimee nailed every single word! Watching these two navigate the rough waters and find themselves back where they belong was so beautifully eloquent! I could not ask for more. Aimee continues to prove why she is a top author on my list FOREVER! 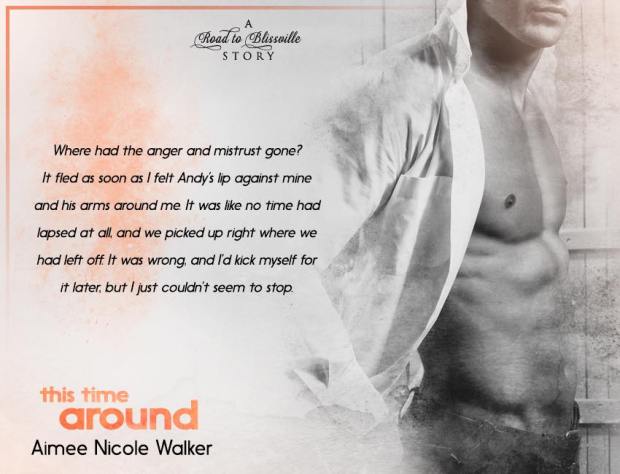 A ROAD TO BLISSVILLE STORY

At the café Milo Miracle co-owns with his twin sister, coffee and pastries are served up along with his unique blend of sass and snark. Milo knows that small-town life often means that every day is the same as the one before, and excitement can only be found in the gossip that travels faster than the speed of light. When the dark-haired Adonis who broke his heart returns home after a twelve-year absence, Milo unhappily finds himself at the center of Blissville’s favorite pastime.

Andy Mason was practically a kid when he left home to pursue big-league ambitions, but the man who returns to Blissville is humbled by shattered dreams and secrets he’s not ready to share with Milo. Andy’s no stranger to grit and determination, and he’ll need both to win back Milo’s cynical heart.

Strong wills clash with stubborn hearts, triggering combustible passion once Andy starts renovations at the café. Milo would like to keep Andy’s hands busy doing something other than construction. Andy would like to suggest what Milo can do with his wicked tongue besides trade barbs with him. Neither man is willing to budge until they get a little shove from an outside force. Will Andy and Milo learn that trust is a two-way street, or will this time around end as disastrous as the first?

This time around is a witty, sexy, and endearing love story about two men who learn how to balance push and pull, both in and out of the bedroom. It is the fourth book in the Road to Blissville series but can be read as a standalone book. This book contains sexually explicit material and is intended for adults eighteen and over.

When Andy reached the top of the steps, he found a light switch on the wall. Only one socket had a bulb in it, so it wasn’t bright enough for Andy to see anything besides trunks and trunks of stuff stacked everywhere.

I turned my head slightly to the left and saw the outline of a woman’s silhouette out of the corner of my eyes. “Ghost!” I yelled, then dove behind Andy.

“Where?” Andy asked, turning in circles and swinging his flashlight to illuminate every corner of the dark, dusty space. “That?” he asked.

I peeked around his broad back and ducked my head under his armpit to see. In the center of the flashlight beam was one of those old-fashioned wire mannequins they used to hang dresses on. In fact, the mannequin sported a flowing, white dress that looked like something a woman wore in the eighteen hundreds. Of course, the white color of the gown in contrast to the dark space gave it a ghostly appearance.

“Seriously, Milo? I nearly pissed myself over a mannequin.”

“You almost jizzed yourself earlier.”

“Don’t pretend I didn’t feel your hard-on pressing up against mine, Milo.”

“True, but that wasn’t what I was referring to.”

“Then what the fuck are you talking about?” Andy asked, sounding angry all over again.

“Fine, I’m going first. Since when does your uncle want to fix you up with your cousin? What kind of fuckery is this?”

“Paul isn’t my biological uncle,” Andy said. “He and my dad are best friends. Uncle was an honorary title I gave him when I was a kid.”

“Oh.” Yeah, that took the wind right out of my sails. “Are you going to take Simon on a date?”

I gasped dramatically, of course. “Are you slut shaming me?”

“That makes two of us.” I realized what I said. “Wait. I meant that you make me crazy too. So crazy that I can’t even think. You rob me of my ability to snark.”

“You act as if that’s a talent,” Andy scoffed.

I am a wife and mother to three kids, three dogs, and a cat. When I’m not dreaming up stories, I like to lose myself in a good book, cook or bake. I’m a girly tomboy who paints her fingernails while watching sports and yelling at the referees. I will always choose the book over the movie. I believe in happily-ever- after. Love inspires everything that I do. Music keeps me sane.