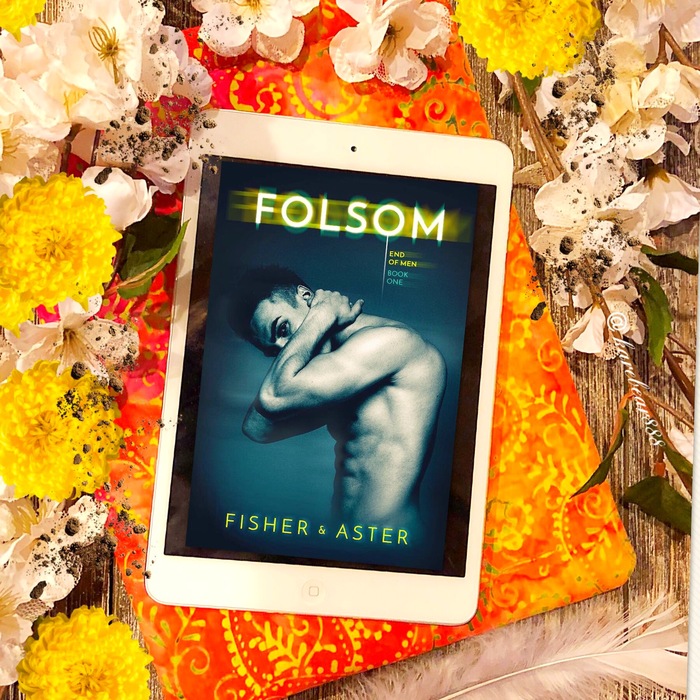 With YEARS since my last dystopian, I had no idea what to expect with this unconventional romance. Nothing. So I went in with an open mind. I picked up Folsom, challenging myself, stepping so far from my story comfort zone that I wondered who I was, and dove into this oh-so-different-for-me book. Different is an understatement. Folsom is DARINGLY DIFFERENT. It’s unlike anything I’ve read before and so unique that it’s in its own UNIQUE UNIVERSE.Folsom is so different that I were to describe much, I’d ruin it for readers.

This is the way it should be. Men allowed to hunt.

Once I started Folsom, I didn’t want to … I wouldn’t … couldn’t stop reading. I couldn’t help but notice that this story authored by two authors was meticulously made. This author duo of Fisher and Asters write so seamlessly together as one solid voice, so seamless that you’ll be hard-pressed to tell where one starts and the other stops. I couldn’t put down this DELICIOUS DYSTOPIAN DELIGHT that became my far-out realm and reality. Its powerful and passionate plot of a female-dominate world with male pollinators DOMINATED ME. The strong and smoldering hero and heroine melted together and made me fall in love with them fast. This raw and riveting romance set in another world suddenly became my world.

The moment I saw her, I knew. A feeling, a draw, the smallest spark of kindling.

Thrilling, tender, and thought-provoking, Folsom takes you so far to the edge that you’ll be powerless to stop the fall of feels. This BOUNDARY-BREAKING BOOK beguiled me the whole time reading! Bold, beautiful, and blisteringly smart, Folsom is UTTERLY UNFORGETTABLE. I FELT this Folsom fantasy world as it were my reality. Folsom UNEQUIVOCALLY OWNED every ounce of me. Every thought. Every feel. EVERYTHING. Folsom is EVERYTHING!

”I’ve been living without feeling anything and now I feel everything.”

The nation as we know it is a thing of the past.

With the male species on the verge of extinction, a society called the End Men is formed to save the world. Folsom Donahue is one of twelve men whose sole purpose is to repopulate the Regions. The endless days spent having sex with strangers leaves Folsom with an emptiness no amount of women, money, or status can fill.

Gwen has wanted a child for as long as she can remember, but when she finally gets a chance to have her own, she uncovers a long hidden truth. The injustice she sees moves her to help save the men whom no one else believes need saving.

A forbidden love, grown in a time of despair, ignites a revolution.

Folsom and Gwen, torn between their love for each other and their sense of duty, must make a choice. But some will stop at nothing to destroy them.