Jamie just has no idea what is wrong with him that he can’t seem to keep a relationship because something is missing, something down to his very core. When he starts to realize he needs pain to feel satisfied and the startling discovery that he pictures a man to be the only one who can give it to him. He gets introduced into BDSM scene, and suddenly his life finally feels right. He is happier and more fulfilled than ever. He really can’t get enough. It doesn’t help that he rapidly falls head over heels in love with Master Alex in such a short time.

Alex is feeing miserable. He just isn’t getting the satisfaction that he craves as a sadist. When Master Kyler thrusts a newbie his way, he is determined that he is not going there with a newbie, but when he sees another Master taking over, he quickly jumps into what will be the ride of his life.

These two bond immediately. It was so beautiful to watch them both grow and find the missing piece of themselves in each other. This book will be hard to top for me, but I know Laura will continue to blow me away with her beautiful words. 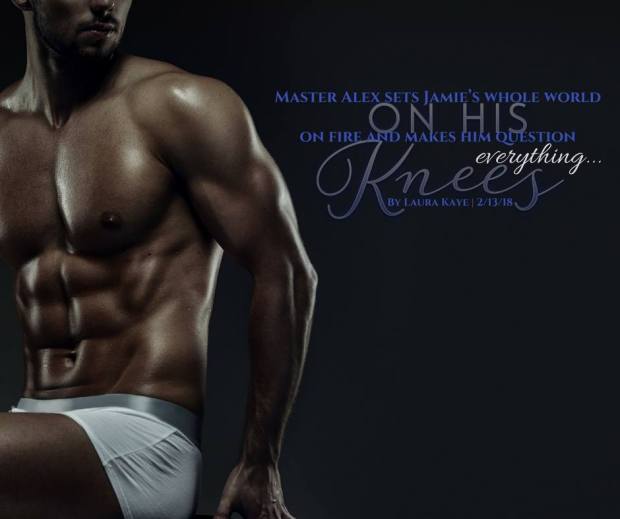 Meet the Masters of Blasphemy…

About ON HIS KNEES (Blasphemy #5):

Another failed relationship has lawyer Jamie Fielding confronting the truth—he’ll never be satisfied with any woman until he admits what he needs…to submit and to be used—hard. When a friend invites him to the exclusive Blasphemy club, Jamie is stunned to find everything he ever wanted—in the fierce, ruthless hands of a man.

Psychiatrist Alex McGarry will play with anyone who craves his rough brand of domination, but what he really wants is to settle down. Which makes the submissive male he meets at his club a bad idea—the man might be hot as hell but he’s also new to everything Alex has to offer. Except that doesn’t keep them from coming together again and again, sating every one of their darkest desires.

Master Alex sets Jamie’s whole world on fire and makes him question everything—and that’s good. Because Alex won’t tolerate hiding what they have for long and he wants much more than just having Jamie on his knees…

ORDER ON HIS KNEES:

Don’t miss the previous standalone books in the Blasphemy Series!

Now that Master Alex had demonstrated exactly what Jamie required to fully connect with another human being, he needed this to go all the way. More than that, he wanted Alex to be the one to take him there.

So he held his breath, held the Dom’s gaze, and held on to the hope that the man would agree.

“You want your first time to be non-consensual role-playing,” Master Alex finally said, his voice like it’d been scoured with sandpaper.

The tone of it gave Jamie hope. Because he was affected. Jamie wasn’t the only one who needed this, he would’ve put money on it.

Nodding, Jamie summoned the courage to say what he wanted, while the Dom was still open to hearing it. Even though, Jesus, the words on the tip of his tongue were seriously twisted. He let them fly anyway. “I want you to force me, use me, hurt me. To show me what it really means to be taken by a…a—”

Master Alex’s dark eyes flared, and his expression went a little mean. Jamie’s cock hardened, a reaction he couldn’t hide when he knelt there naked. The Dom’s gaze swept downward and settled on his growing erection, and Jamie felt the directness of that perusal as a physical caress.

Slowly, Alex rose to his full height, and then his expression went absolutely unforgiving. “Beg.” 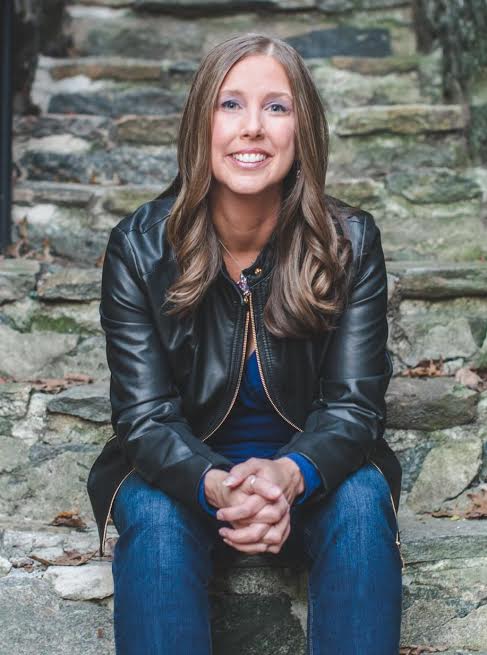 One thought on “Review – On His Knees by Laura Kaye”