Second chance romances are my WEAKNESS!!! There is nothing as passionate and powerful than two former lovers rekindling that flame and two broken souls becoming whole again. Pair a second-chance romance with J. Kenner’s seductive writing and you have some serious KRYPTONITE!!! J Kenner’s sensual, sweet, and suspenseful second-chance romance, Wicked Torture, was MY KRYPTONITE. This is story is one with the UTMOST of SECOND CHANCES, a second chance at both life and love. 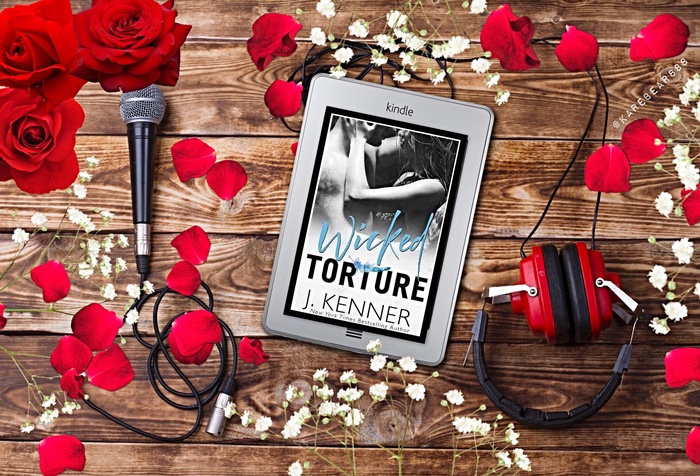 Wicked Torture by J. Kenner is just WOW!!! This story EXCEEDED MY EXPECTATIONS from the very first page and never stopped wowing me. The Prologue pulled me in—so powerful, so emotional, so EVERYTHING!!!

I should have never let him get close enough to break my heart. But I did, and now he’s back.

After the Prologue that tore at my heart where it instantly bled for the heroine, Wicked Torture continued to draw me in—my heart beating to the tune to this tale—and didn’t stop. My HEART RACED the whole time reading. I DEVOURED this torturous tale. I was OBSESSED with this romance!!!

I’m not over him. I’ll probably never be over him.

Noah is a tall, built, and sexy wealthy tech genius who is broken, his heart still beating for the woman whose heart he crushed, Kiki. Noah is intense and insanely hot and I could not help but MELT!!! Beautiful Kiki has bounced back from heartbreak but only one man can heal her heart completely.

Wicked Torture BLEEDS ANGST, the sweetest torture. Fireworks ignite from these former flames as the words fused with fire.

Kiki and Noah are the perfect match. This hero and heroine were made for each other. I felt their chemistry and love. I felt their connection surge through the pages. The sexual tension and poignant past between Kiki and Noah GRIPPED ME HARD!!! Just PERFECTION!!!

From my years of devouring this amazing author’s work, I’ve learned several things: A J. Kenner romance is not a story but a SHEER SEDUCTION! As such, this writer’s words always make me sink into her stories. I will ALWAYS ADORE and will FOREVER DEVOUR the Starks and their empire of friends and family. I’m devoted to this Stark network, one where I’m hopelessly in love.

Wicked Torture is my new favorite book in J. Kenner’s Stark World series!!! J. Kenner expertly weaves a sweet, sensual, and suspenseful tale of second-chance love. Wicked Torture is DEEP with emotional layers. I LOVE how these characters are connected, each weaving an intricate layer into the story from the hero and heroine former characters in the Stark world, where everyone adds unique element to the storyline. Every character matters. That TWIST?!!? That twist is one you won’t see coming but one that was the BEST TORTURE…so MASTERFUL!!!

”You never left my heart.”

Sometimes, it feels so damn good to be bad …

From New York Times and #1 International bestselling author J. Kenner, the first in an all new series of fast-paced, provocative novels centering around the ambitious, wealthy, and powerful men who work in the glamorous and exciting world of the Stark International conglomerate … and the sexy and passionate women who bring them to their knees.

Outwardly, Noah Carter is riding high as the tech world’s hottest new genius. Inside, he’s still reeling from the abduction of his wife and baby daughter eight years ago, and then the devastating discovery of his child’s body. For years, he kept up hope that his wife was alive, but now that she’s been declared legally dead, he’s thrown himself even more deeply into his work, cutting himself off from emotional ties because they just hurt too damn much.

Then he meets Kiki Porter, an eternal optimist with a killer work ethic and dreams of fronting a band. And everything changes. Even though he tries his damnedest to fight it…

Sexually, they are combustible together. But their true fire is emotional, though it is a slow to burn. But once it lights, it is all consuming. The relationship grows emotionally, the sex is hot, things are good.

But just when it’s looking like they might have a real future together, the past comes back to haunt them. And Noah’s going to have to decide what he’s willing to give up for love …