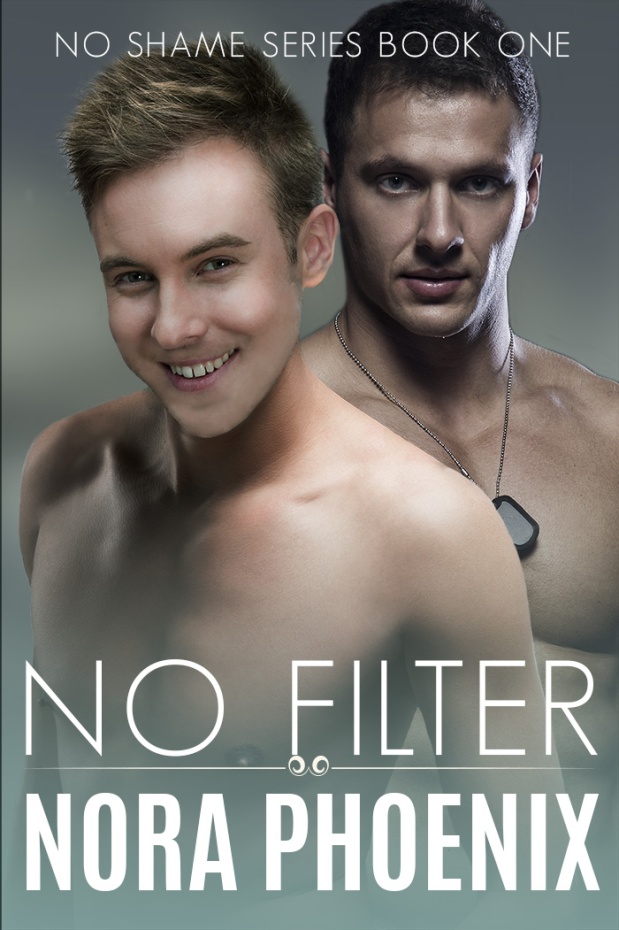 To say  that I loved this book is an understatement. You do have to be open-minded while reading because of relationship dynamics that are unconventional, but there is absolutely no cheating involved. Plain and simple this is a love story filled with heartache, past pain and regrets, and 3 strong but broken men. Their story just completely sucked me in and left me hanging on every word. I turned pages so fast that I thought I’d break the kindle.
I had no idea this was a debut novel for this author. She definitely showed her strength in writing this absolutely beautiful book. I will be counting down the clock for book 2. 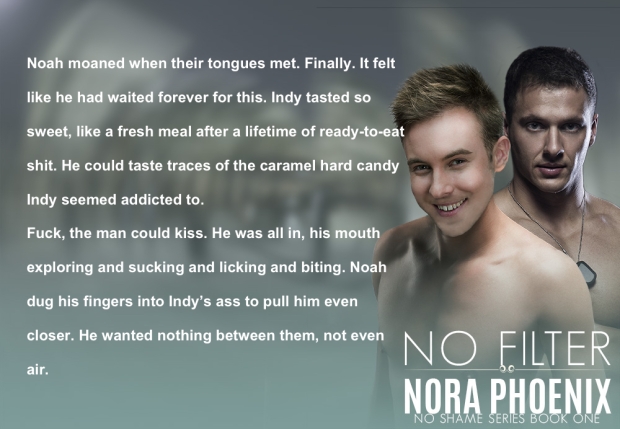 Indy will do anything to prevent his mobster ex from finding him. Their last encounter left Indy recovering for months in the hospital, and ever since he’s become an expert at hiding in plain sight. Determined to stay under the radar, he takes on a new identity and moves from place to place. His life has no room for friendships, let alone love, so he keeps his heart firmly closed. After all, he has nothing to offer but a damaged body and a broken soul. Plus, he’s so done with men. Until he meets the man who breaks through all his defenses.

Former Army Medic Noah came back damaged from his last tour—in more than one way. Between supporting his best friend who’s struggling with PTSD, dealing with his own issues, and the stress of his job as a physician assistant, rebuilding his life seems impossible. There’s little time for what Noah needs, let alone for what he wants. When he meets Indy, Noah discovers what he wants more than anything: for Indy to stay.

Indy never expected the strong, confident Noah to be as damaged and broken as himself. But what will happen if he starts letting Noah in? Indy knows he should run to protect himself and Noah.

Noah needs Indy to stay more than anything. But will what little he has to offer be enough to make Indy trust him and stay?

No Filter is a steamy M/M romance that ends with a HFN, but with the promise of a HEA. It’s the first book in the No Shame Series, and is not a stand-alone novel. It contains hot sex, a hint of a ménage, lots of talk about hot sex, flashbacks of said hot sex, and…Oh well, you get the idea. Also: trigger warning for mentions of sexual abuse.

Dressed in a T-shirt and flannel PJ bottoms, Indy made his way downstairs. Autumn had started, setting the trees in the yard on fire in an explosion of red, orange, and yellow, and bringing cold nights, but downstairs it was comfortably warm. Noah was reading the paper in his usual spot, but Josh was nowhere to be seen.

“Morning,” Indy said, always a bit shy at first when it was only him and Noah.

“Hey. How are you feeling?” Noah never failed to ask Indy this, and it wasn’t a polite question.

Indy grabbed a bowl from the cabinet.

“Perfect. We’ll cut off your cast today. I didn’t think you’d want to do an official hospital visit for that, right?”

Indy shook his head, carefully cutting a banana on a cutting board with one hand and putting it in the bowl. He took yogurt from the fridge. “Not if I can avoid it.”

“Well, you’re lucky you have a highly skilled medical professional at your disposal, who’s willing to do a house visit.”

Indy grinned as he sprinkled crunchy granola on top of his yogurt. “Don’t know about the highly skilled part, but at least he’s free.”

“That hurt.” A smile tugged at the corners of Noah’s mouth. “My price just went up.”

“Double times nothing is still nothing, you do realize that?” Indy took a bite of his breakfast. He loved these verbal matches with Noah almost as much as not having to worry about what to eat for breakfast every day.

“Who says it was free to begin with? I only offered my skilled services, never said they were free.”

“So what’s your price?” Indy asked, expecting Noah to launch another joke.

“I want you for the entire day,” Noah said.

Indy frowned, quickly chewing to empty his mouth. “What do you mean?”

Noah reached out and circled Indy’s good wrist with his right hand, gently pulled until Indy was standing between his legs. “It’s my day off, and Josh has some special therapy session, so he’s gone all day. I want to spend the entire day with you, and you have to do exactly what I tell you.”

When she was a little tot, Nora’s mom got a library subscription for her. That, as they say, was that, and a lifelong love for books was born. Nora never stopped reading and doesn’t exaggerate when she says she devours books, rather than plain reads them. She started writing stories as soon as she could hold a pen, and wrote her first full book as a teen (on a typewriter!). It took her waaaay too long to follow her dream to become a romance author.

Nora writes M/M romance, because hello, sexy boys, and likes her men flawed, strong, and a tad broken. She appreciates a little kink, but insists on a happy ever after.