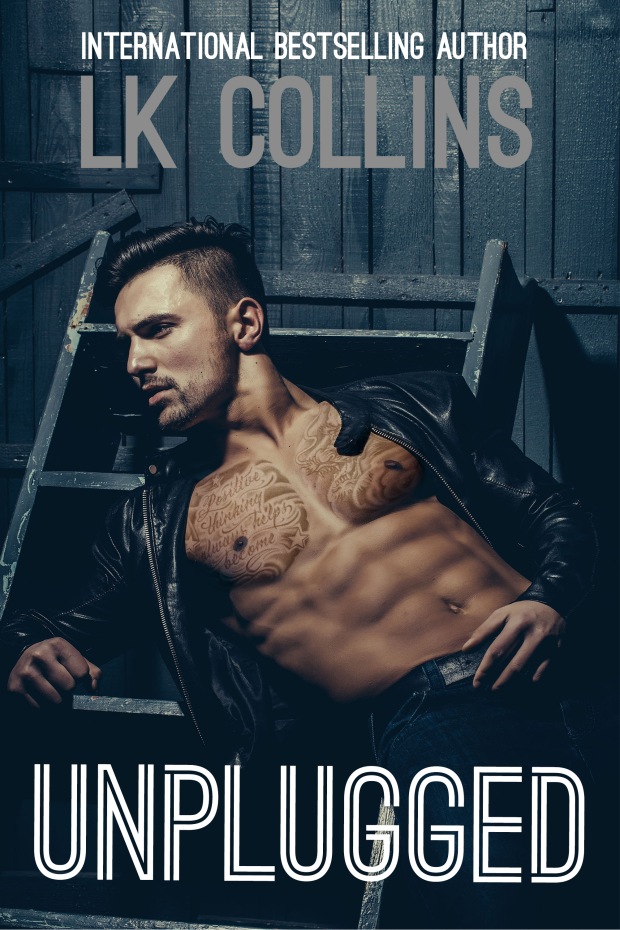 Quinn Whitmore wanted nothing more than to get away and enjoy her trip to the mountains. It was a chance for her to get away, regroup and recharge. After her horrible breakup she needed this trip more than she could say. Her plan was to unplug from the world, her demanding job and her heartbreak. No cell phones, emails, texts… nothing but peace. To unplug.

She never expected her life to be turned upside down by an unexpected guest in the form of the sexy, sensuous rule breaker named Merritt Smith.

Their attraction is instantaneous. It’s obvious from their first meeting that they want each other. Badly. Still, Quinn is determined. Nothing serious… not for a very long time. If Merritt wants a week of no strings attached sex – and only earth scattering, mind altering, spine tingling sex – then they could have the week together. Merritt is determined to have her anyway and on every surface that he can have her. But things don’t always go as planned and soon a little bit of fun leads to a whole lot of something more. Quinn and Merritt endeavor to turn a fling into something true, something solid, something lasting that neither of them had ever experienced before.

Then in true LK Collins fashion comes the twist and turn that I never saw coming. I was immediately thrown back to LATCH and felt once again like I was falling into something that surely was not happening. Once again I had to step back from my device in an attempt not to throw it. Instead I flipped back, reread and then all I could really say was… WHAT JUST HAPPENED HERE? LK has the innate ability to leave her readers so breathless, so angry but so unable to turn away. No way could I stop reading once twist began. I was all in for the ride until its delightful end.

Hot, steamy, twisty… Merritt can curl your toes with his dirty talk and delicious moves. Quinn is his match, giving just as good as she can get. Unplugged is another stellar story by one talented author. It seems with each story LK Collins is honing her craft, getting that much better. I am amazed that with each read, I fall more and more in love with her work and look forward to what she plans to give her readers next! 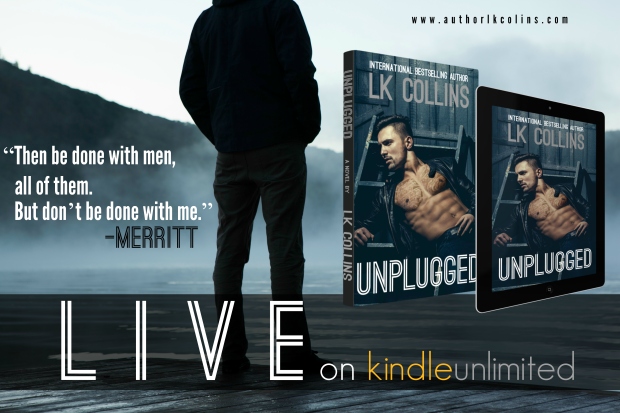 From the moment I laid eyes on her, I was doomed.
Quinn Whitmore was unlike any other woman in the world.
She was it for me. That spark, that instant connection, became my sole purpose for breathing.
Her laugh would take over a room.
Her smile brought me to my knees.
And her body was…pure perfection.
When I met Quinn, she was fresh off a nasty breakup and had ruled out all men. She wanted to spend the week in the Rocky Mountains unplugged from the world, unwinding and focusing on herself.

So I decided to let it go.
But my mind wouldn’t.
Every thought suddenly became consumed with Quinn, and I knew I had to have her. So when she finally agreed to a week of just sex, no strings attached, I took the deal and ran. It would give me time to fuck my Quinn obsession out of my head.
But, man, was I wrong. A week wasn’t enough. A lifetime wouldn’t be enough.

The problem…Quinn was hiding a secret—a secret that would ruin my life. And ruin it she did. 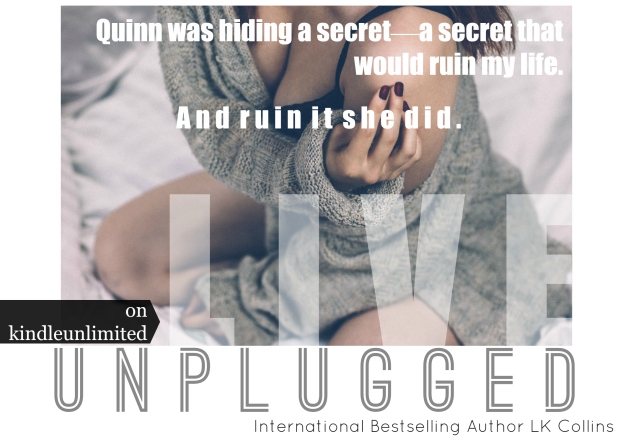 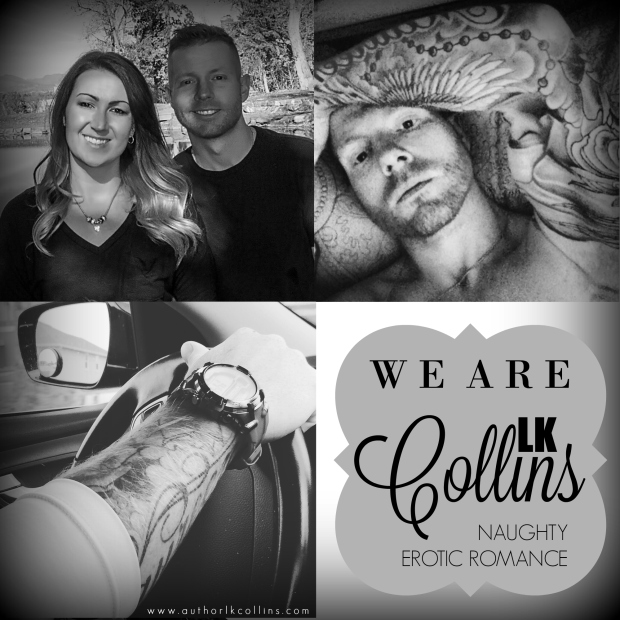 LK Collins is the naughty alter ego for the husband-and-wife duo behind multiple bestselling and international bestselling novels. This real life couple is down right dirty in the bedroom, which bleeds through the pages of their steaming hot smut stories. While LK writes the books, Mr. Collins, the tattooed God himself, is the mastermind behind so much of the page turning sexiness.

If you are looking for a scorching hot read with chemistry so hot it jumps off the pages, then an LK novel is for you. From a number of standalones to series, their stories will make you blush, pant, and want to reread them once you’ve finished. The heroes are alpha, demanding, filthy talking men, that will do anything for their girl…or to get them.