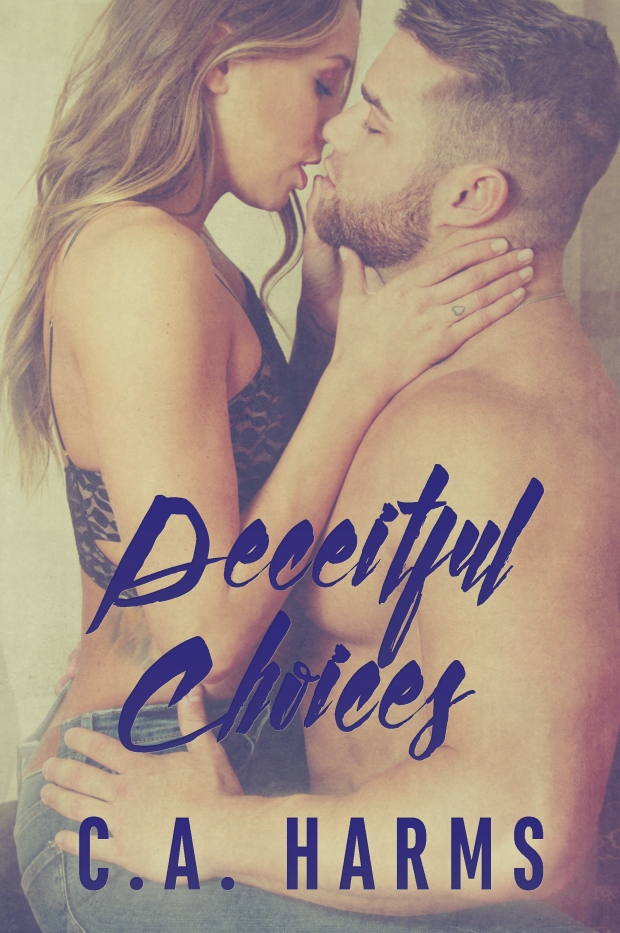 Deceitful Choices is the next standalone romance from CA Harms, that is a beautiful rollercoaster of emotions.
Zack and Lindsey had a really good character connection from the start, I was excited to see where the couple would go.. however I never saw the twist in the story coming and have to applaud CA Harms for the way the story was spun and laid out.

I do have to admit it took me a while to fully connect to this story as a whole, it could have been because of Haven and the fact that she played a big role in a fast paced story. I would have loved to see more of the relationship once Zack and Lindsey reunited at times I did feel things were slightly rushed.

In saying that I really did like this story and loved Zack, as always CA writes utterly delicious men, Zack is no different!! I love CA Harms and her ability to produce good books that are always fresh and new. Deceitful Choices is a solid 4 star read and without as much emphasis on Haven I definitely would have rated it higher. 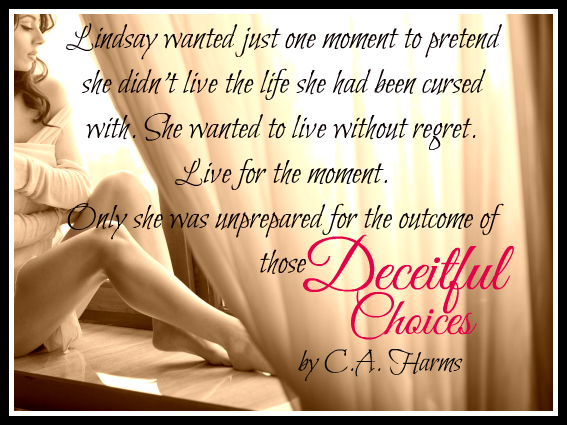 Some lies you just can’t come back from.

The damage is too deep.

The effects are too strong, and the path they lead you on can be devastating.

One lie only led to another as Lindsay tried to be someone she wasn’t. She wanted just one moment to pretend she didn’t live the life she had been cursed with.

She wanted to live without regret.

Live for the moment.

She wanted to laugh and smile without feeling as if at any moment something or someone would corrupt that happiness. But all lies have a way of resurfacing. Those deceitful words can come back to haunt you, leaving you as the one heartbroken and alone.

Zack had taken a trip with a fellow Navy SEAL. Just a weekend away to regroup. Never had he intended to find the girl who would jumpstart his heart.

Only then to destroy it.

But the shattered pieces of his trust weren’t the only things he left behind when he walked away from Lindsay. There was now an innocent life that had been thrown in to the mix.

But Lindsay wasn’t the only one who lied…

The odds were stacked against them. There was someone doing everything they could to keep them apart.

But when the truth is told, and those secrets are revealed, they must decide if they have what it takes…

To survive the deceit. 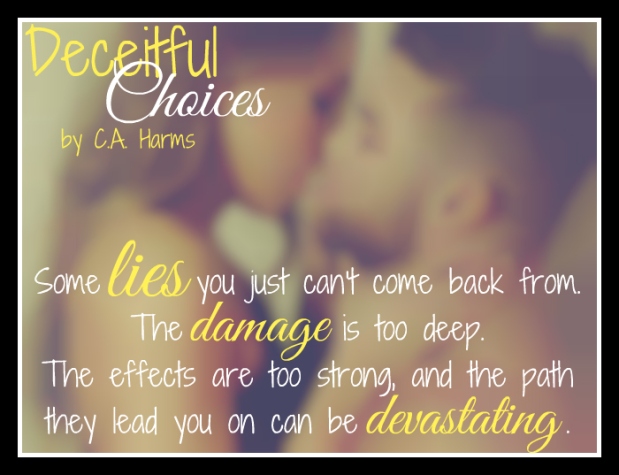 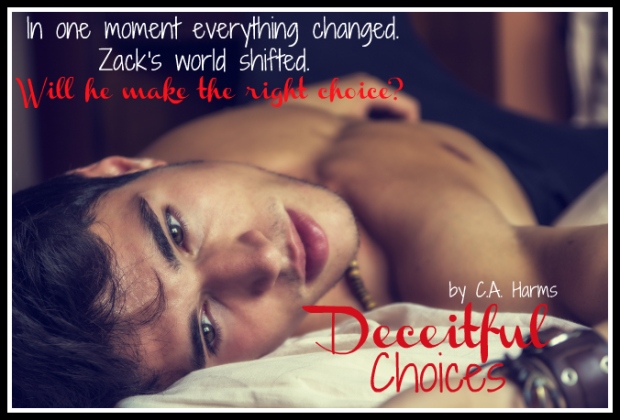