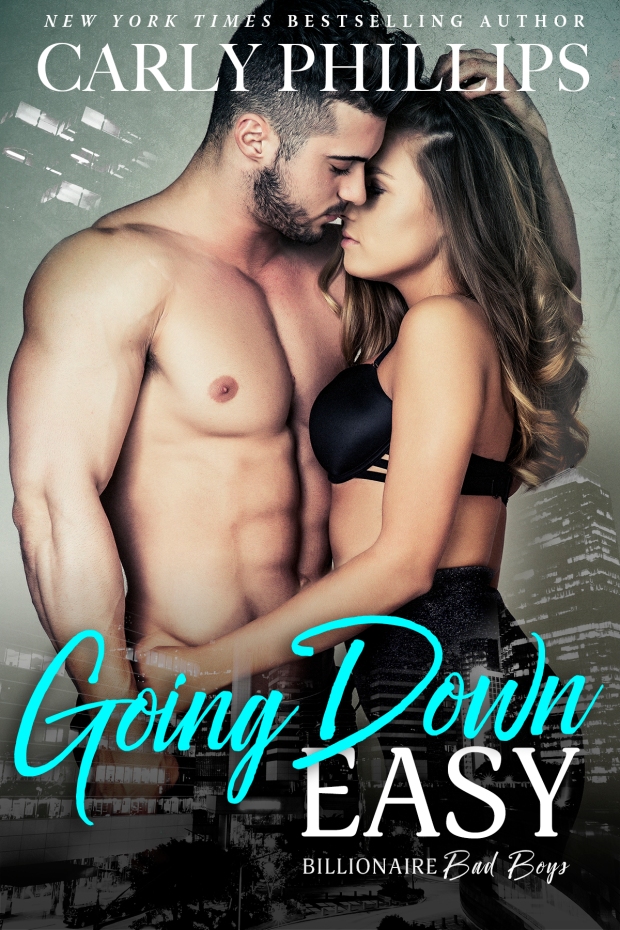 Carly Phillips is back and once again has written the beginning to another fantastic series. Just when I thought that her Dirty Sexy series with Erika Wilde was some of her best stories I have read, Carly gives us the tech genius that is Kaden Barnes. Truly he is unlike any character I have read in recent memory. He’s moody, difficult and a total pain to everyone in his office, but he’s also brilliant, beautiful and so alpha he sets the pages of GDE on fire! But his demands and over the top behaviors make him nearly impossible to work for. That is, until Lexie Parker arrives.

Lexie is desperate. She needs this job. She’s determined, fierce and will not take no for an answer. She walks into Kaden Barnes’ office and takes charge. She shakes up Kaden in a way that no one ever has. She’s all about business. She refuses to be afraid of Kaden and has no problem letting him know she isn’t. This job is about Lexie getting her life back. So many times she has sacrificed for her family… put herself last. But no more. This job, this man is her chance to start over.

Kaden’s quirks and demands and his attention to exact details are no surprise to Lexie. She sees those same struggles in her sister who is suffering from bipolar disorder. Lexie has always had to care for her twin sister while her father had more pressing issues with their mother. Kaden and Lexie are drawn to each other. For once he can be himself and has someone in his life that GETS him… flaws and all. His father has tried. His mother never has. He hasn’t seen his brother in years. Other women have only seen his money and what they can get from him. Lexie simply wants him but she certainly doesn’t want to. They both want to fight the attraction between them but when they finally give in to what they feel there is no stopping them.

Twists and turns come. Insecurities must be dealt with. Things happen that could shake the couple and tear them apart. Carly writes their love story so elegantly and with such emotion. She dealt with the characters’ mental health issues with class and dignity. On a personal note, I thanked Carly for her potrayal of Kaden’s struggles with ADHD and OCD. I saw my own child in Kaden and it made me re-evaluate my own actions and plans to help my child be all he can be.

Once again, Carly Phillips hands her readers a truly amazing story! Kaden is sinfully sexy. Lexie is strong and his perfect compliment. I cannot wait to read the rest of the Billionaire Bad Boys!

Alpha-licious in the most unexpected ways, Kaden Barnes always gets what he wants.

Enigmatic and exacting, he’s unable to keep an assistant for long. Until Lexie Parker arrives. She’s no-nonsense, efficient and all business… She’s also hot as sin and soon starring in Kaden’s dirtiest fantasies.

When their passion for each other reaches a boiling point, Kaden may think he’s calling the shots, but for this billionaire bad boy, going down easy has never felt so good.